TSU scientists took part in a British charitable educational project dedicated to the Arctic and northern regions. They made two videos in which they tell children about the taiga, the Ob River, and people living in Siberia, after receiving invitations to participate in the project from the world-famous traveler David Hempleman-Adams. He is the first person in history to reach the geographic and magnetic north and south poles as well as climb the highest peaks in all seven continents.

- Films about Siberia were made as part of the Wicked Weather Watch (WWW) children's charity project, organized by Hempleman-Adams, - says Olga Shaduiko, director of the TSU Center for International Collaboration. - The essence of the project is to talk about what the Arctic and the North are, how people live in these regions, how much they are changing, and why they should be protected. An invitation to participate in the project was received by Terry Callaghan, a scientist from TSU and the University of Sheffield, scientific leader of SecNet TSU, who is one of the trustees of the charity.

The researchers decided that the story about Siberia was better not to be produced in the studio, but in natural conditions, so the material for mini-films was collected during a large expedition along the Ob River. The shooting was conducted by Dmitry Gureev, a video operator at the TSU Department of Information and Communication. 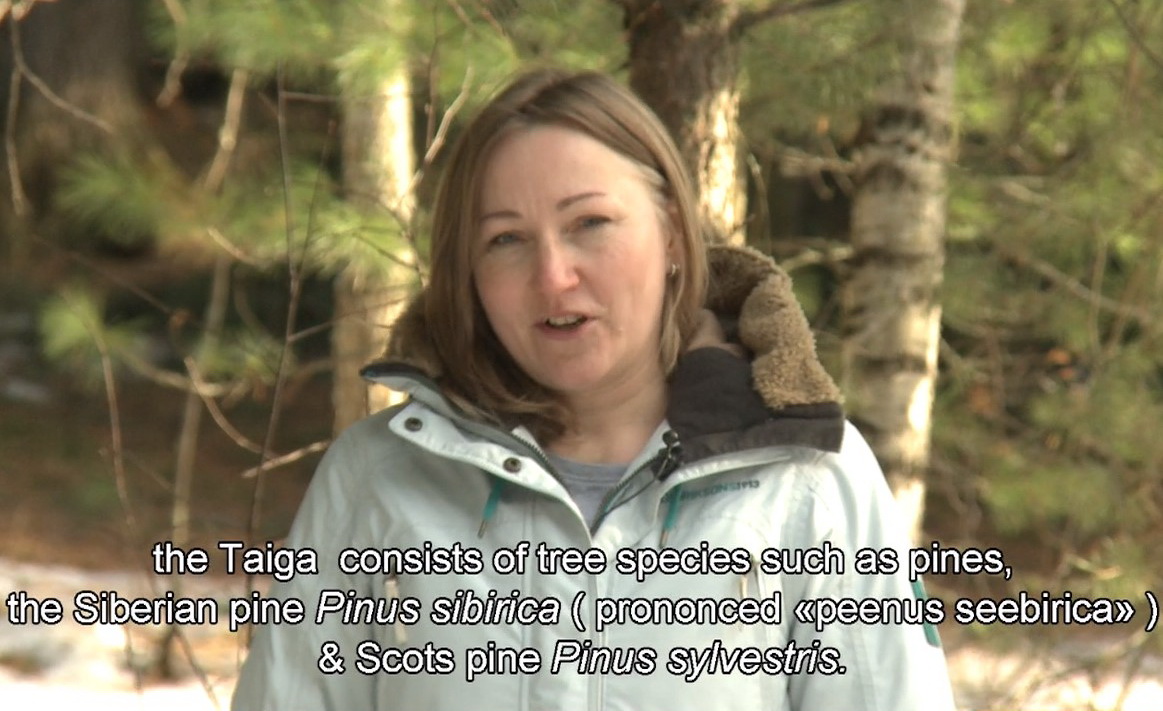 The theme of the first film is the Russian taiga. Associate Irina Volkova, professor at the Biological Institute of TSU, explained what the boreal forest is and its decisive role in mitigating the effects of climate change: trees absorb a large amount of carbon dioxide, and the soil retains carbon and methane, which are the main components of greenhouse gases. The biologist also talked about the economic importance of the forest, how local indigenous peoples (Nenets and Khanty) live there, and much more.

Terry Callaghan, who is one of the most recognized explorers of the North and the Arctic, devoted his story to the Ob - the longest river not only in Siberia but in Russia.

- There are 3,650 kilometers from the mouth to the source of the Ob, and for its great length it is called the “second Amazon”, says Professor Callaghan. - This river is of great importance for a huge number of people living in coastal cities and villages. The Ob feeds them with its resources, and it plays an important climate-regulating role. The taiga-river ecosystem, especially if it is such a powerful river as the Ob with numerous tributaries, creates organic soils suitable for cultivating and growing a variety of agricultural products. In Europe, such rich natural soils and in such a volume are almost completely lost.

According to the scientists, the main goal was simply and clearly to tell people about Siberia, which for most international people is faraway, mysterious, and incomprehensible. Movies like these shot by TSU for British schoolchildren help make it closer.

The university staff is actively involved in other international educational projects. In particular, several educational films have been created for the world's largest INTERACT II project, and are available on the project’s website for public access. Mini-films talk about the changes that are taking place in the Arctic.

Using various forms of visualization, including computer graphics, documentary filming, and other formats, researchers talk about how glaciers melt and the flora and fauna of the Arctic are changing, and how these affect the entire planet. Since 2019, these films have been used in undergraduate education in the Czech Republic: the University of South Bohemia has included them in its program on polar ecology.