From September, the Centre of Culture is offering an annual subscription “Evenings of Classical Music and Jazz for Everyone”. They will allow attending concerts of the jazz orchestra TSU-62, the chamber symphony concert, and a cappella choir of TSU.

- Subscriptions are a well-known and well-proven tool for promoting cultural events. Today our teams have an updated and very interesting programme, which allowed us to revive the culture of visiting concerts by subscription, - says Igor Muraviev, the director of the Centre of Culture.

The TSU Centre of Culture offers viewers two season tickets, each costs 800 rubles. The savings are 30-50%.

The subscription "Jazz for All" entitles you to attend concerts of the jazz orchestra TSU-62. In the programme for 2017/18 - Dedication to Phil Woods (September 28), Jazz for the Lovers (February 15), Rock and Roll - the King of the 20th Century (March 29), and Giants of Jazz: George Gershwin, Buddy Rich & Glenn Miller (April 19).

The season ticket "Evenings of Classical Music" is a pass for concerts of the Chamber Symphony Orchestra and A Cappella Choir of TSU. The spectator will be able to visit the scenic cantata “Carmina Burana” (October 7), the opera “Iolanta” (October 25), an instrumental music concert (November 29), Christmas evening (December 26), the opera buffa "The Servant Mistress" (February 28), the oratorio “Armed Man” from the “Mass of the World” (March 28), and an aria concert (April 25).

- Subscriptions for us are an attempt to make a high culture more accessible,- notes Igor Muraviev. - The price of the annual subscription is equal to the price of entrance to the cinema. But the cultural, educational, and entertainment impact is much stronger.

You can purchase subscriptions at the box office of the TSU Culture Centre. Students who first bought a season ticket in September will receive an original invitation card for the performance of the Lux Aeterna orchestra, which will perform music from anime by Hayao Miyazaki. 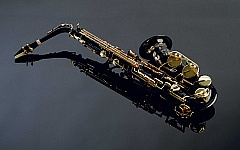