The Minister of Science and Higher Education of the Russian Federation, Mikhail Kotyukov, signed an order appointing Eduard Galazhinsky Rector of Tomsk State University for a period of five years. The new term of office of the Rector began on March 1.

The previous Rector's term of Eduard Galazhinsky ended in November 2018; then for several months, Eduard Vladimirovich worked in accordance with the order of the Ministry of Education and Science on the temporary discharge of duties as the TSU Rector. The supervisory board of the University recommended that the Ministry of Education and Science reassign Galazhinsky for another term as Rector, and this decision was supported by Sergey Zhvachkin, Governor of the Tomsk Region.

- The key principle in the next stage should be the folding in of the university ecosystem. Combine resources with partners, with industry, innovative business, government, and other universities, to lay down an informational and educational environment that can compete with other leading global centers, - commented Eduard Galazhinsky. 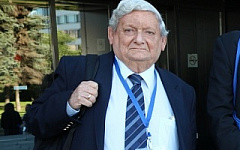 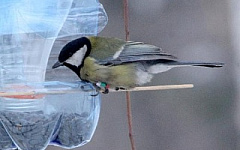