Graduates of leading universities are studying at TSU
education
students

More than 80 people from 19 countries have chosen Tomsk State University for their graduate studies. This is 13 percent of the total number of graduate students, and more than half of them are citizens of countries outside the CIS.

One of the important measures was the establishment of grants for international PhD students. The first grant competition was held in 2014. As a result of the competitive selection, 19 of 30 candidates were recommended as winners. 17 first-year students and 2 graduates from 9 countries outside the CIS have received grants. This year, according to the results of the second competition, another 17 students entered graduate school.

- Thanks to grants we had an opportunity to attract talented graduates from leading universities to study at TSU, - says Tatiana Kasatkina, head of the TSU Graduate School Department. – The grant is intended for reimbursement of travel expenses (travel from their home to TSU and back), tuition, scientific management, accommodation for the period education, medical insurance and visa fees.

Also a PhD Scholarship of TSU in the amount of 11,000 rubles per month was established to support research. It is awarded after each interim assessment on a competitive basis for a period of one semester.

The Faculty of Philology has the most international graduate students, who learn their programmes of postgraduate study in Russian. But every year the number of English-speaking graduate students at other faculties and directions is increasing. This is facilitated by the organization of their scientific management in English and the ability to conduct research in the laboratories of world-class Centers of Excellence of TSU together with international scientists.

- As part of the competition for the grants, we received students who do not speak Russian, - says Tatyana Kasatkina. - They will do their graduate program in English. Now we are preparing the English-language programmes for all the specialties demanded in the University’s ongoing graduate training. 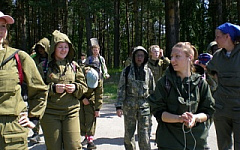 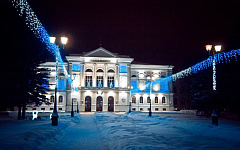 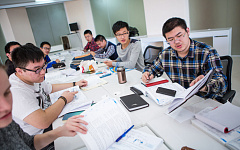