Mobile Shelves are posters with QR codes of books on scientific and popular science topics. This week they appeared in Tomsk buses. In September, this opportunity to download books will also appear in electric transport, said the authors of the project.

At the end of January 2019, the Mobile Shelves project won a grant from SIBUR’s charity program. The project is a series of posters on which books are drawn with a QR code on the back. The user scans the code, receives a link to the full text of the book in the electronic library, and can read the publication for free.

According to the authors, the first Mobile Shelves began to appear in Tomsk libraries, dormitories, and universities in March.

- The project presents books from the libraries of three universities: Tomsk State University (TSU), Tomsk Polytechnic University (TPU), and Siberian State Medical University (SSMU). This week we launched a project in city buses, and in September we plan to hang Mobile Shelves in municipal transport and some schools. Quarterly, we will change the books on the shelves. For example, now in buses, you can download books on medicine and museums of TSU. All mobile literature will have a scientific and popular science character, - said the authors.

Users already leave feedback on the project, for example, some of them ask to “put on the shelf” historical books about Tomsk and fiction. 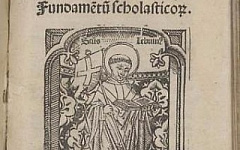