Scientists at the Faculty of Chemistry commissioned by biologists at TSU have developed a technique for atomic emission spectral analysis of ticks, which allows them to assess the level of natural focal infections based on the level of vital, toxic, and potentially toxic chemical elements. Based on the results of the analysis, it has been established that the increased level of a number of metals in ixodic ticks affects their biology and morphology, leading to a decrease in their immunity and an increase in susceptibility to infectious agents.

In recent years, ecologists and epidemiologists paid more attention to the study of the role of technogenic environmental pollution in the infection of micro-predators with infections that they transmit to humans. Heavy metals have the most detrimental effects on the flora and fauna.

Researchers from St. Petersburg found that soil contamination with heavy metals affects the biology and morphology of ticks, reduces their immunity and, as a result, increases susceptibility to pathogenic agents such as borreliosis, Lyme disease, and others. According to the data obtained, the exoskeleton in which calcium is replaced by heavy metals is damaged. As a result, ticks are more likely to transmit infection.

Previously, the assessment of contamination of arthropods was done on the basis of the level of toxic substances in soil samples taken in habitats of ticks. Arthropods were collected along motorways and in large cities, where the level of harmful elements is 2–4 times higher than normal.

TSU chemists have found a more accurate way to assess tick contamination with heavy metals. They developed the first method of spectral analysis of individuals to establish their elemental status, allowing to assess the possibility of reducing the immunity of arthropods to pathogenic agents.

- To study the effect of heavy metals on the infection and the state of the exoskeleton of ticks, their samples were collected in different areas of Tomsk, says Vladimir Otmakhov, one of the main developers of the methodology, a scientist at TSU. - The elemental composition of each individual was investigated by the method of arc atomic emission spectrometry with a multichannel analyser of emission spectra. The ash residue of ticks was studied, while the concentration of 17 elements was determined, among them were such vital elements as phosphorus, calcium, iron, silicon and other conventionally important and toxic elements such as copper, barium, tin, and cadmium.

At the same time, it was found that the concentration of heavy metals in “dirty” ticks is significantly higher: 4 times in chromium, 2.5 times in manganese, 3 times in nickel and 2 times in titanium. Using raster electron spectroscopy, a violation of the exoskeleton was found for ticks taken within the city, especially near transport hubs. 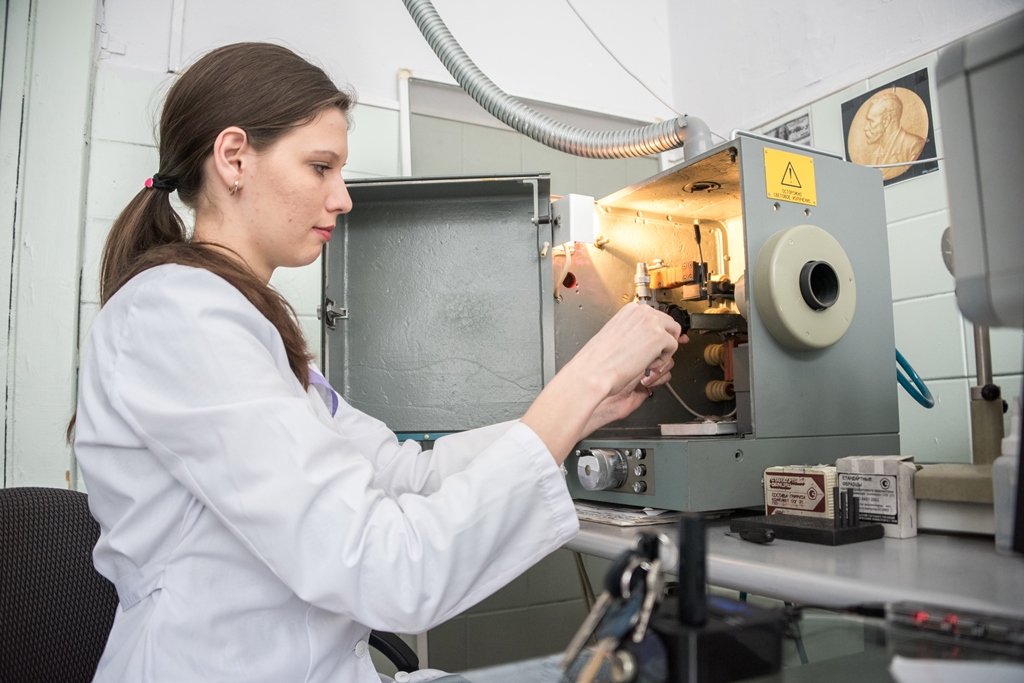 - The new technology allows us to obtain additional information to assess the decline of immunity of ixodic ticks to pathogenic agents, says Nina Moskvitina, head of the laboratory for biodiversity monitoring at Biological Institute TSU. - We plan to apply this method in studying the intensity of foci of tick-borne infections, both within and outside the city.

Earlier scientists of the Faculty of Chemistry developed a method of spectral analysis of hair, which gives a large amount of information about the human body and its susceptibility to certain diseases. Doctors of some Tomsk clinics use the services of TSU chemical-analytical centre for collective use to clarify the diagnosis of their patients.