RUR: the quality of education at TSU is one of the best in the country
rankings
education
achievements

The Round University Ranking (RUR) agency presented a global ranking of universities, in which Tomsk State University ranked 178th and entered the gold league of the strongest universities in the world. Among Russian universities, TSU ranked third overall, and second in the “quality of teaching” parameter.

The five universities of Russia with the highest level of teaching also included MSU, RUDN, SPbU, and MEPhI. Experts highly appreciated the achievements of Tomsk State University in the individualization of education for each student, the formation of personal trajectories of development, and the promotion of adaptive technologies.

TSU Rector Eduard Galazhinsky spoke at the official presentation of the Russian version of the world Round University Ranking 2019 about the positive effect of the project 5-100 and the TSU key educational strategies as a classical university.

- High quality education at Tomsk State University is provided by a strong teaching staff and systematic introduction of new technologies: online courses, VR/AR applications, and reengineering of the educational process through the introduction of undergraduate cores, and rebuilding of programs to modern requirements, for example, in Higher Education School of Journalism and HITs (Higher IT School), - said the Rector. - All this helps us not only to attract Russian students, but also to develop educational exports: last year the number of international students at TSU increased by 14%.

TSU focuses on the development of talents of each student through the individualization of education and the introduction of new technologies. Recently, the University presented an adaptive educational platform that will provide an individual approach to the study of mathematics. And the Advanced Learning Institute, specially created at TSU, develops areas related to digitalizing and personalizing education and forming entrepreneurial thinking. The compilers of the RUR noted that the Program for Improving the Competitiveness of Universities 5–100 greatly influenced the significant dynamics of Russian universities in the ranking.

For the first time in the RUR, all Russian universities from the top ten showed a positive trend, in particular, TSU rose 62 positions in the ranking.

The Round University Ranking (RUR) has assessed the activities of 1,100 leading universities from 86 countries for 10 years. Universities in the RUR are evaluated according to 20 parameters grouped into 4 areas: quality of teaching (40%), quality of research (40%), level of internationalization (10%), and level of financial sustainability (10%). 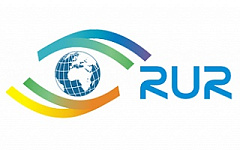 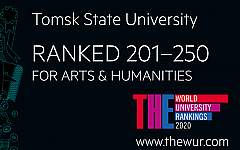