Yury Dyldin, a scientist at the TSU Biological Institute, initiated a large-scale study of the diversity of freshwater fish and marine species entering the fresh waters of the Russian Federation and adjacent regions. The audit carried out by scientists from Russia, the Czech Republic, and Germany showed more than 300 previously unrecorded species in the Russian Federation. The findings are presented in the journal of the Kyoto Imperial University Publications of the Seto Marine Biological Laboratory.

As the TSU ichthyologist notes, quantitative data on fish biodiversity are based mainly on studies in the middle of the last century with minor additions, which gives extremely erroneous data on the true state of the Russian ichthyofauna. A group of scientists that included specialists from the three countries, including one of the most recognized ichthyologists in the world, Ronald Fricke (Germany), analyzed a large array of information regarding the ichthyofauna of the Russian Federation.

The work is based on critically analyzed sources - books, publications, dissertations, and reports of research institutes and typical catalogs and databases, for example, “Catalog of Fishes”, over more than two hundred years. Along with this, the ichthyologists analyzed long-term studies published in various scientific sources in the past 35 years (up to 2016 inclusive). Also, the ichthyological collections of 15 scientific organizations in Canada, Japan, Russia, USA, and UK were studied.

New data were obtained for various water bodies, in particular, for the largest river in Russia - the Ob and its basin. For example, the taxonomic status of Nikolsky grayling was restored and the existence proved of the Siberian lamprey, which many scientists had considered part of another species, the Kamchatka lamprey. As another example, the researchers cite data on the small river Lyutoga, which flows in the south of Sakhalin and flows into Aniva Bay. In less than five years, a number of migrant species from more southerly waters have been recorded here, among them several species of puffer previously not found in Lyutoga and Aniva, sea perch, and others.

- Until recently, according to various sources, the composition of the fresh and brackish ichthyofauna of Russia included from 351 to 486 species, - says Yury Dyldin. - Our studies have shown that their number is almost twice as large and includes 791 species. It should be noted that Russia - due to its size and a large number of different waterways - remains a natural reservoir for the preservation of a huge number of wild populations of various fish species. Certainly, some representatives of ichthyofauna require protective measures, but compared with many other countries, Russia appears at an advantage.

The new data, published in the journal of Kyoto Imperial University, is integrated into the most authoritative taxonomic database in the Eschmeyer Fish Catalog of the California Academy of Sciences. The research results will be presented in full in a monograph, which is planned for publication in New Zealand by Zootaxa. 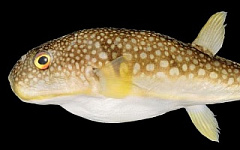 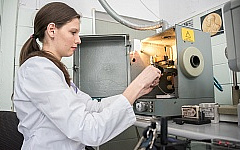 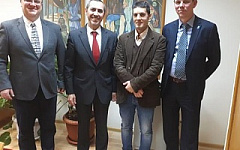