In a joint expedition, researchers from Tomsk State University and the Institute of Geography of the Russian Academy of Sciences (IGRAN) resumed observations of the mass balance on the Left Aktru glacier in Altai. This is one of the three glaciers in Northern Eurasia for which direct observational data will be collected in a permanent form. Measuring mass balance over time is crucial for understanding the response of glaciers to climate change and assessing regional changes in water resources and global sea level rise.

- Aktru glaciers are reference objects of the World Glacier Monitoring Service. The change in the mass of glaciers of the entire glacial Northern Eurasia region was estimated based on a series of direct observations at these glaciers, - explains Stanislav Kutuzov, a leading researcher and head of the glaciology department of IGRAN (Moscow). - Unfortunately, since the mid-1990s observations of the components of the ice balance were performed only sporadically, and in 2012 the observations stopped completely.

Until recently, there were only two glaciers in Russia with a continuous series of measurements, both located in the Caucasus. The observations were carried out by the Lomonosov Moscow State University and IGRAN. Most glaciers in the vast territory of Northern Eurasia are not yet regularly measured. The resumption of this work began with the Left Aktru – a part of the Big Aktru, which fell apart into two in the second half of the 20th century. To obtain diverse information on the balance of ice, snow, and firn, scientists conducted a series of studies. They created a network of rails to measure melting and installed and drilled 13 racks into the glacier to a depth of 6 meters. A detailed snow survey was done, the snow thickness was measured over the entire area of the glacier (up to an altitude of 3,600 m) in more than 300 sites, and the density of snow was estimated in 8 holes. In addition, detailed measurements of the thickness of the glacier were carried out using a GPR.

The researchers will refine the glacier melting and accumulation fields using a new approach developed by the Faculty of Geology and Geography scientists. On the basis of aerial photography using special software, geographers build detailed maps and 3D models of the retreating snout of glaciers. In particular, this method is used to monitor the ablation (melting) of the Small Aktru - one of the fastest retreating mountain glaciers in the world.

- In the context of recent climate change, monitoring and collecting data on the mass balance is becoming more important,- said Alexander Erofeev, expedition member and associate professor at the TSU Faculty of Geology and Geography. - Now there is a major transformation of the Earth’s ice cover. For example, according to the data that our colleagues from IGRAN obtained while working in the Caucasus, since the 1990s, the area of glaciation there has decreased by almost a quarter. This is a huge loss! We are planning to carry out similar calculations on the Altai glaciers. These data are not only fundamental but also of great practical importance: the reduction of glaciers in the Altai will affect the flow of rivers and the lifestyle of the local population, which is farming and using fresh water for irrigation, drinking, and household water supply.

From 2019, measurements on Aktru glaciers will be performed annually. At the end of each year, the scientists will send the data obtained to the World Glacier Monitoring Service (Zurich). 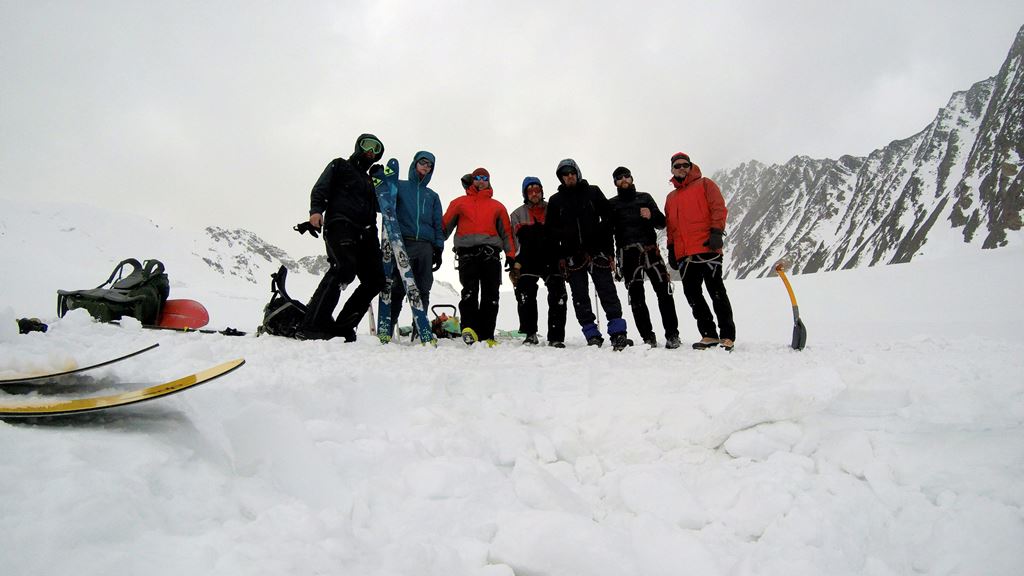