A new variety of azalea, which received the symbolic name 75 Years of Victory, was bred in the TSU Siberian Botanical Garden. The novelty bloomed on the eve of the great holiday.

The new variety of azalea has a solemn appearance - dark purple flowers and bright burgundy specks on the upper petals. To some the specks resemble drops of blood shed during the war, to some they resemble the tongues of the Eternal Flame, and to others they are solemn fireworks. 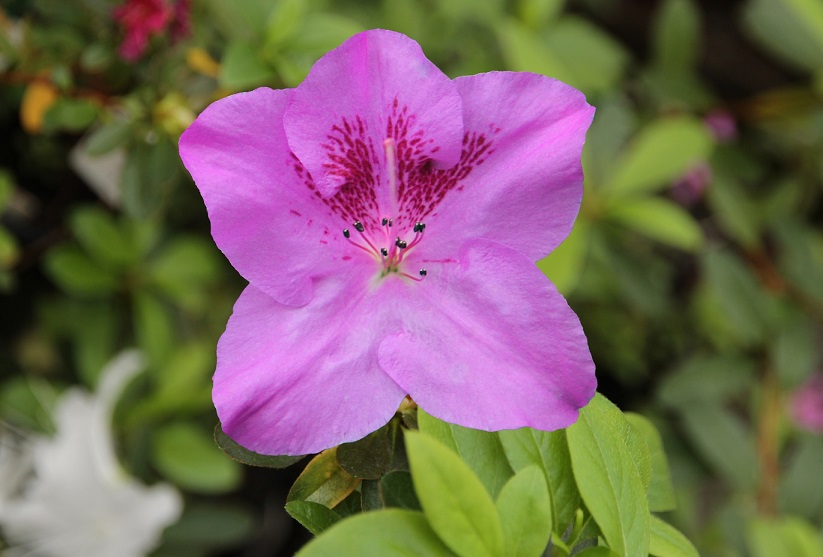 The name 75 years of Victory was not accidental for the cultivar with lilac flowers in the Botanical Garden, because TSU scientists decided to continue a good tradition. In Soviet times, breeders gave patriotic names to some varieties of azaleas with flowers of different shades of lilac, for example, Yuri Gagarin, To the Heroes of the War - varieties obtained by the famous breeder Svetlana Prikhodko from the M. M. Hryshko National Botanical Garden.

- The Great Patriotic War affected almost everyone, and my family is no exception,- says Mikhail Yamburov, author of the new cultivar, director of the TSU Botanical Garden. - My paternal great-grandfather and maternal grandfather were at the front. I don’t know about where my great-grandfather fought, but my grandfather fought on the Voronezh Front, and after its renaming, as part of the 1st Ukrainian Front. Grandfather was a signalman, he walked half of Europe and laid cables at the front line. He participated in the Battle of Kursk and in the liberation of Prague. Even though the people who stood up for our people are long gone, we remember what they did for us, so the new variety got this name.

Tags: The 75th Anniversary of the Great Victory
Read more: