TSU took part in Universities of Russia Week, organized by the Russian Centre of Science and Culture (RCSC) in Vietnam. Artyom Rykun, Vice-Rector for International Affairs, and Tatiana Demeshkina, Dean of the Faculty of Philology, met with representatives of the leading universities of Vietnam and Laos and agreed on further cooperation, including the establishment of joint educational programmes and exchange experience in science and education.

- We have determined the main target regions for ourselves - these are the Asian countries like Vietnam, Laos, Indonesia as well as China and India, - said Artyom Rykun. - Special attention should be given to Vietnam. It has changed greatly over the last year, grew up, and is perceived as a new regional leader by Japan, Korea, and the USA. If we are able to collaborate, then we will have a strong partner and international students of a high level.

At a meeting with Nguyen Dinh Luan, President of Hanoi University, it was agreed to establish joint educational undergraduate and graduate programmes, as well as scholarship support for students.

In addition, the delegation met with Le Ki Nam, Vice President of the Military Technical Academy of Le Qui Don Technical University and discussed with him the possibility of organizing of training programmes 2 + 2, 3 + 1 and 1 + 1, primarily in computer science and life sciences as well as the organization with TSU joint summer schools in natural and computer sciences. Vice President Le Ki Nam has ordered the preparation of proposals on the establishment of joint programmes and accepted an invitation to visit TSU during the celebration of the 138th anniversary of the University.

Also, representatives of TSU visited the Lao People's Democratic Republic. In 2015, TSU for the first time accepted students from that country, including, for example, an official of the Ministry of Education of the Republic of Laos and the Deputy Head of the Russian Language Department of the National University of Laos. During the trip, representatives of TSU met with Dr. Pfout Simmalavong, Vice President of the National University of Laos, and Prof. Kongsy Sengmany, Deputy Minister of Education; both accepted the invitation to visit TSU. 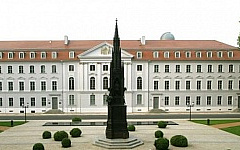