TSU radiophysicists are developing a device that will detect breast cancer at an early stage and also conduct noninvasive diagnostics of blood and diseases of the internal organs using radio waves. The system is a hemisphere of thin plastic on which a set of sensors is located. According to preliminary experiments, the device is able to detect inhomogeneities using permittivity analysis.

- Now the most common method for diagnosing a person’s internal organs is X-ray tomography, but it works by searching for tissue seals. However, tissue density often does not characterize the occurrence of a tumor and this makes diagnosis difficult, says Vladimir Yakubov. - A more accurate parameter is the dielectric constant of the medium, which is mainly determined by the moisture content rather than the mass. The change in water concentration is reflected in the occurrence of various kinds of diseases during early diagnosis. Thus, the analysis and diagnosis of pathologies can be performed using radio waves.

The scientists have conducted a series of preliminary studies that identify foreign objects in frozen pork fat, which can be used as a simplified model of a woman’s mammary gland. As a result, methods of focusing radiation were developed that make it possible to obtain images of heterogeneities hidden inside the fat. Using this method, radiophysicists plan to create a system for the early detection of breast cancer. 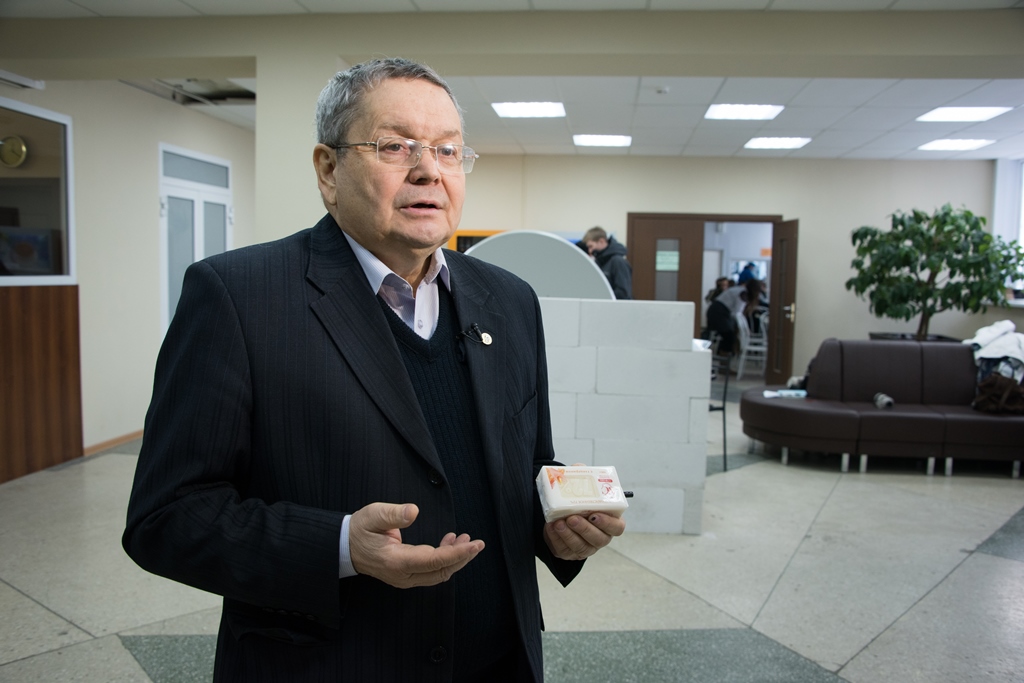 Radio emission is divided into near and far from the source zone. The far zone in turn consists of the Fresnel and Fraunhofer zone. As a rule, in practice, scientists use the Fraunhofer zone to create communication and radar systems. The border of the transition from the near to the far zone is quite sharp and is called the causal surface. They are almost always trying to reduce the near zone, increasing the efficiency of the antennas. However, TSU radiophysicists believe that for a noninvasive diagnosis of diseases, the near zone is key.

- In environments with high absorption (earth and water), the electromagnetic wave attenuates very quickly. As a rule, radio waves falling on a person are exponentially (very quickly) absorbed in the top millimeters of the skin and do not pass into the person. This is where the so-called skin layer arises, which interferes with radio waves. We are talking about the waves used by television and in smartphones, - says Vladimir Yakubov, a professor at the Faculty of Radiophysics. - From the point of view of human security, this is good, the body is sufficiently protected. Another thing, when we carry out the diagnosis of internal organs. Here the penetration of the electromagnetic field into the person is simply necessary. But how to do that? We have established that the field in the near zone does not have an exponential weakening, which means that it can penetrate well inside a person. It suffices to expand the boundary of the near zone — the causal surface, for example, by reducing the frequency used. By varying this boundary, one can increase or decrease the penetration of radio waves into the human body in order to carry out its diagnostics.

The research is being conducted at the Faculty of Radiophysics and the Siberian Physical-Technical Institute. Their studies of radiophysics have already been presented in a number of articles, for example, “Wave Diagnostics and Forcing” in the Russian Physics Journal.