An interdisciplinary team of researchers from Tomsk State University and their colleagues from Russia, Great Britain, and Spain have launched a study of genetic literacy and opinions in the context of law and ethics. It will show which legal, ethical, and moral issues will become the main ones in the “genomic era” and how to resolve them, said Daria Matsepuro, a senior researcher at the TSU Laboratory for Cognitive Research and Psychogenetics, manager of the International Center for Research in Human Development.

- Previously, physics was the gold standard for the development of scientific knowledge; in the 20th century it was replaced by biology, then at the beginning of the 21st century, when the human genome was completely sequenced, it became genetics. But the availability of genetic information can lead to legal, ethical, and moral problems that society must solve, - said Daria Matsepuro. - We initiated a study to identify deficiencies in genetic knowledge and to find out how people think about the use of the results of genomic research, their fears and hopes regarding the rapid development and application of the achievements of genetic science.

The research tool was the specially developed “International Genetics Literacy and Attitudes Survey - Law and Ethics”. It has been translated into three languages - Russian, English, and Spanish, because the project is being implemented by the educational institutions of the three countries. In Russia it is TSU and the Sirius University of Science and Technology, in the UK it is Goldsmiths, University of London, and in Spain, the University of Alicante.

- In the Russian Federation, we plan to organize mass data collection at TSU, Siberian State Medical University, FEFU, NTU Sirius, St. Petersburg State University, Academy of Justice, Research Institute of Genetics, and others. The survey is available at https://tagc.world/iglas-le/, anyone can take it. It is important for us to know the opinion of both those who directly work in genetics or study it (for example, scientists and doctors) and people who are not professionally related to it, - said Daria Matsepuro. - Also, it is very important to find out the opinion of legal professionals, because they are responsible for the adoption of regulations on the regulation of genomic research.

The ultimate goal is to identify the gaps in the legal and ethical regulation of genomic research: how, in the opinion of the participants, genetic data should be stored, how it should be processed and transferred, whether there should there be special ethical standards in relation to this information, and others. And further, based on this data, to develop programs to improve genetic literacy.

The previous version of the questionnaire was completed by more than 13,000 people. It turned out, for example, that participants from the United States, on average, have a better knowledge of genetics than in other countries. Gender differences were also found: men, on average, have slightly better genetic knowledge than women. 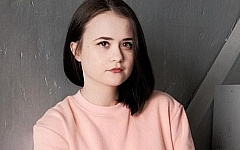