A radio emission is divided into the zone near and far from the source, and TSU radiophysicists have learned to increase the near zone. This method can be used to create devices for radar and noninvasive diagnostics of human internal organs and various diseases. Scientists have developed a device for controlling the near-field radio emission, and the findings are presented in an article in the Journal of Applied Physics.

- There are a lot of media that absorb radio waves and transform them into heat, for example, water, earth, and iron. It is almost impossible to probe them using radio waves. Even Popov, the founder of radio, was the first to encounter the fact that radio waves could not overcome obstacles, and since then radar began to develop. It turned out that with radio waves, it was possible to determine the presence of metal objects in fog, behind clouds, and beyond the horizon, - says TSU professor Vladimir Yakubov.

The border between the zone that is near the source and the zone that is far from it is quite sharp and is called a causal surface. Beyond this surface, a skin layer appears in which the radio wave attenuates very quickly (exponentially). As a rule, scientists investigate the far zone, because this is necessary to create antennas that work over long distances. They try to reduce the near zone because it does not bring noticeable benefits for communication and radar.

TSU radio physicists have established that radiation in the near field does not have exponential attenuation, which means that it can penetrate well into media with a high absorption coefficient, for example, into the human body. It is enough to expand the borders of the near zone, removing it from the source.

- We made a device that helps to bring closer or remove the causal surface and conducted an experiment with ordinary tap water, which is a good absorber of radio waves. It turned out that the near zone can be noticeably advanced from the source by simply increasing the wavelength, which means making it low enough. When the frequency decreases, the causal surface and skin layer move away from the source, and when it increases, then vice versa. Thus, by varying this boundary, it is possible, for example, to increase or decrease the depth of penetration of radio waves into the human body. On this basis, it is possible to diagnose or treat organ diseases, - explains Vladimir Yakubov. 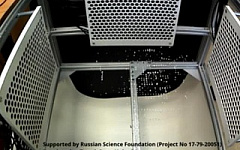 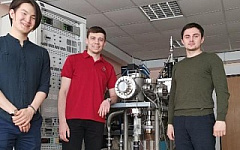