The Fantastic Dream That We Are Living In

Many people believe that fundamental science exists apart from reality, requiring enormous resources and in no way affecting our daily life. The only place where the results of the work of scientists and the everyday life may intersect is science fiction movies, when “something goes wrong” and the hero needs to save the planet from disaster. The appearance of the Large Hadron Collider once raised questions too: will the search for a "God particle" lead to the end of the world? Humanity froze and ... breathed out a sigh of relief: the search for the Higgs boson did not provoke the appearance of a "black hole". But it also did not become a reason for revolutionary changes in people's lives. Or… did it?

What does CERN do today and what does fundamental science do for each of us every day? We met with Yuri Bordulev, an employee of the TSU High Energy Physics Data Analysis Laboratory at the Faculty of Physics. Yuri recently has received a grant from the ATLAS international collaboration, which will allow him to complete a six-month internship at the European Organization for Nuclear Research (CERN).

How does one get an internship at CERN?

I worked at CERN during several business trips as a laboratory employee. Then I decided to apply for a grant announced for the entire ATLAS collaboration. This grant allows me to work at CERN for six months. During this time, I will need to enter a new topic, become part of the team, and then continue working on this international project here at TSU.

What exactly will you be doing?

The collider operates in different modes. In the operating mode, it collects data: many measurements are made, a huge amount of information about particle collisions is accumulated, and then 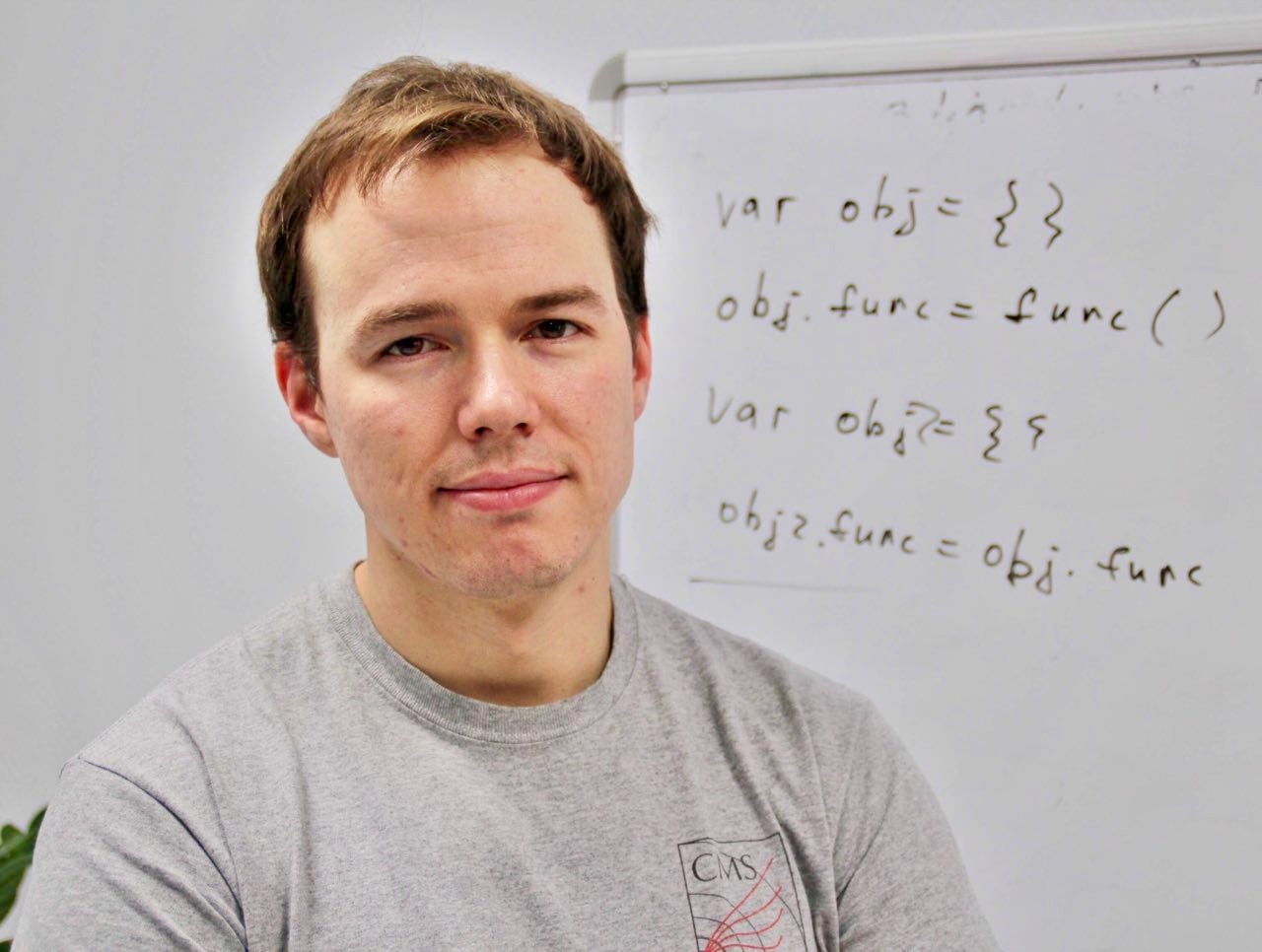 scientists analyze it all. And since there is a lot of this data, the processing takes quite a while.

But sometimes the collider makes long breaks. For example, now it is resting in order to be modernized. This cannot be done while it is running. One of the goals of the modification is to increase the luminosity. The collider has an accelerating ring. There are protons spinning and constantly colliding. These collisions occur at a speed of several million times per second. Each collision generates data. Researchers process and receive some new knowledge. If there are more collisions per unit of time, data will accumulate faster and knowledge will be generated at a faster rate. It means, if collisions are achieved more often, new discoveries take place faster.

The high luminosity will allow more complex experiments to be conducted. It all sounds very simple, but it requires very serious technological changes. The collider is a complex system: there is hardware, there are electronics, there is software that processes all the data, and there is a storage space of the limited volume. Increasing the data flow, it is necessary to improve the machine itself.

My task is to prepare the storage to increase the amount of data. You can, of course, just increase its size. Most likely, this will be done too. But you can also find a way to compress the data that goes into it. I need to change the storage format so that a large amount of data takes up less space. In this case, it is necessary to "teach" all services that access this data to read the new format. Will you work on solving these problems alone or is there some kind of tender among the development team?

As far as I know, I will be the only researcher who does this. Apparently, my CV convinced the grant decision-makers that my background was suitable for the job. But it is part of a larger project that an international team of researchers is working on. Their common goal is to make more protons collide in the collider. As a result, they will collide more often and the Higgs boson will be "born" faster.

How has this process been monitored? What do scientists really see?

Now the process of discovering new particles is not going on like, say, a hundred years ago. Previously, everything was done in a kind of physical chamber filled with gas. An electron flew there, and the scientist literally saw its trail. Today, the particles under study have become smaller, as has their lifespan. The Higgs boson lives very little and appears extremely rarely, so it is impossible to actually see it. One can see evidence that it was, for example, on the chart. Before it was discovered, there had been a theory: if a boson existed, then the graph would have a certain form. Colliding protons at an incredible speed, which could only be developed in the collider, physicists collected a large number of experimental events and the graph turned out to be what the graph would need to be in theory if the Higgs boson existed.

Has the life of mankind changed after these revolutionary data were obtained in the collider? What can happen thanks to this discovery in the next 10 to 50 years?

Many people think that fundamental science is a kind of theory that has nothing to do with real life. In fact, it affects our daily life in the most serious ways. It might seem: why spend billions of euros on a project whose purpose is to study such tiny particles that only a trace on the graph proofs their existence?

The answer is very simple: many of the applied technologies that we use today would not have appeared without the development of fundamental science. A simple example: if Roentgen had not studied rays, we would not have had X-ray machines. The theoretical research of physicists is at the heart of any invention that changes human lives. The collider appeared in order for scientists to be able to investigate the processes occurring at very high energies. For fundamentally new discoveries, a cool accelerating technique was needed. And today the number of accelerators used in fundamental research is less than 1% of the total amount of such equipment. The remaining 99% are used for solving real-life problems, for example, for treating cancer patients or scanning bulky goods at security checkpoints of airports.

In general, many developments from CERN have moved from a purely scientific field to an applied one. Even the Internet was originally created for the exchange of scientific data. Touch Screen technology, without which it is difficult to imagine comfortable communication with friends, was invented for scientific communication.

When particles collide in the collider, the level of radiation goes up. When protons collide in the machine, the underground experimental zone is empty because it is dangerous to be there. The new electronics that scientists are working on right now, unlike traditional silicon one, must cope with the high radiation load. And, if in the future it is used to create any other machinery, then it will be possible to solve problems that are still unsolvable. For example, at present, there are no radiation-resistant robots that could autonomously work in extreme radiation conditions (for example, at accident sites), since traditional electronic components are exposed to ionizing radiation. New electronics can make such robots invulnerable.

These are my assumptions, but I think they are quite close to the possible options for using new developments at the collider.

It is difficult to say exactly how and in what period of time our life will change. But the fact that change is constantly taking place thanks to the work of CERN is absolutely certain. What other Russian universities are represented at CERN?

Basically, Russia is represented there by Moscow scientific organizations. We along with our colleagues from TPU are the only researchers from Tomsk. Our university is very actively involved in projects. We try to make sure that the phrase “we are from Tomsk” does not raise additional questions, and international researchers do not associate Russia only with Moscow. It is sad, but there are still people in the world who consider Siberia a “bear land”, where survival is in the first place. We are doing our best to change this stereotype and form new associative connections, where science will be the core element.

The High Energy Physics Data Analysis Laboratory was created at the TSU Faculty of Physics as part of the mega-grant from the Government of the Russian Federation. It is aimed at establishing a world-class center for the analysis of LHC data at CERN.