A group of the 30 strongest 2nd- and 3rd-year bachelors students of Jilin University, one of the top ten universities in China, arrived at TSU for summer school. The students from China and their teachers attended lectures on elementary particle physics at the TSU Faculty of Physics.

The students' visit to TSU took place as part of the partnership with Jilin University, whose priorities are physics and chemistry. There are more than 60,000 students and more than 6,000 teachers at this university. In March 2019, at the invitation of the Chinese side, TSU teachers held a presentation of their physics programs at Jilin University. As a test step, the Chinese partner suggested sending a group of physics students and two leaders to Tomsk for a get-to-know-you visit and participation in a short-term summer school. 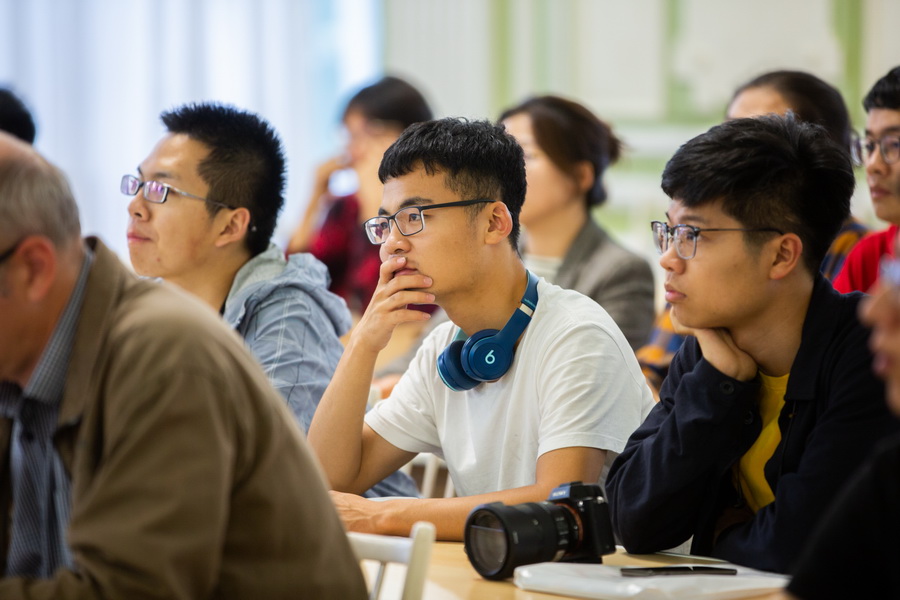 - Last year, I already arrived at TSU when it celebrated the 140th anniversary, and here I met with students and professors and realized that they convey very deep knowledge in physics. I liked the studying system that is used here, and it’s good that our universities collaborate, teach students together, and conduct research and internships, - said Professor Ma Yunliang, head of the Chinese delegation and director of the Center for Theoretical Physics.

During a visit to TSU, Chinese students listened to both a specially prepared lecture for them and a planned lecture together with students of the TSU Faculty of Physics.

- I liked the learning atmosphere here. When we arrived and the teacher began to give a lecture, everyone really concentrated. But the teacher used such methods to explain the topics of physics and mathematics (seemingly very complex topics) that it all was easy and understandable to everyone. I would like to return here in the future, - said Yang Minghan, a student at Jilin University.

Professor Ma Yunliang added that Jilin University is collaborating with leading universities from different countries, for example, in the USA, State University of New York at Stony Brook, and with Nagoya University in Japan, and now it plans to establish collaboration with some universities in England.