Tomsk scientists are developing a mathematical model of an electromagnetic catapult with power supply from a pulsed magnetohydrodynamic (MHD) generator. It will determine the properties of materials during impacts and make aircraft accelerate faster on a short runway. Using this model, you can check circuit designs, perform parameter optimization, and other processes. The project manager is Viktor Solonenko, Associate Professor of the TSU Faculty of Physics and Engineering.

- The catapult as a throwing weapon has been known since ancient times. Its main purpose is the military. True, in ancient Rome, fire brigades were also armed with catapults, so it also has a completely peaceful mission. Its main task is to propel an object (stone or arrow) to high speed, providing it with the necessary flight range. The main source of energy is the potential energy of an elastic element - an analog of a spring. And to increase this energy, increasing the throwing range or the mass of the stone is possible only by increasing the size of the device itself. The artillery gun that replaced the catapults is more efficient because the energy of gunpowder is greater than the energy of the spring, - explains Viktor Solonenko.

According to the scientist, it is now possible to create devices that have energy greater than gunpowder or its analogs, so for this, for example, sources of electromagnetic fields are used. To power the electromagnetic catapult, a lot of electrical energy is needed, and it must be produced in a very short time - about a second, sometimes much less. There are few sources, and also compact ones, for this purpose.

- The source of energy in our device is a pulsed MHD generator operating on the combustion products of solid metalized plasma-forming fuel, - says Victor Solonenko. - The power realized by modern pulsed MHD generators can be many hundreds of MW, while it is a compact source of electrical energy, which also gives an advantage.

By 2021, TSU scientists will develop a mathematical model that will describe the entire process of the catapult and the pulsed MHD generator. With their help, you can check various circuit solutions, optimize parameters, make the choice of the right fuel, and much more - all this must be done before the stage of detailed design and the preparation of design documentation.

- Our experience in the study of MHD devices is quite large. I have been associated with such objects of research for almost 20 years, and some people on our team have worked with them much longer. Models have been developed and algorithms have been created that help us to achieve positive results in modeling, - said the project initiator.

Because a thrown (or accelerated) object can be given significant speed, the model can be used to calculate the additional acceleration of aircraft in a short runway, for example, on aircraft carriers (this function is now performed by steam catapults), and in scientific research, for example, to determine material properties in high-speed collisions.

According to the scientist, experts from the USA and China are also engaged in research in this area. They have their particularities in approaches; for example, in the USA, capacitor banks are used for electromagnetic installations. However, TSU scientists believe that this worsens the potential of the device as a whole. As an energy source, the MHD generator enables using an electromagnetic catapult much more efficiently. 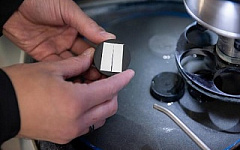