Do it yourself: TSU scientists created a drone constructor with AR
projects
Faculty of Radiophysics
education

A TSU supercomputer center team recently presented a prototype of an educational constructor, from which, using the instructions in the augmented reality (AR) application, you can assemble a quadcopter and program it for various work scenarios. The development will be applied in educational institutions and quantifiers for learning programming. 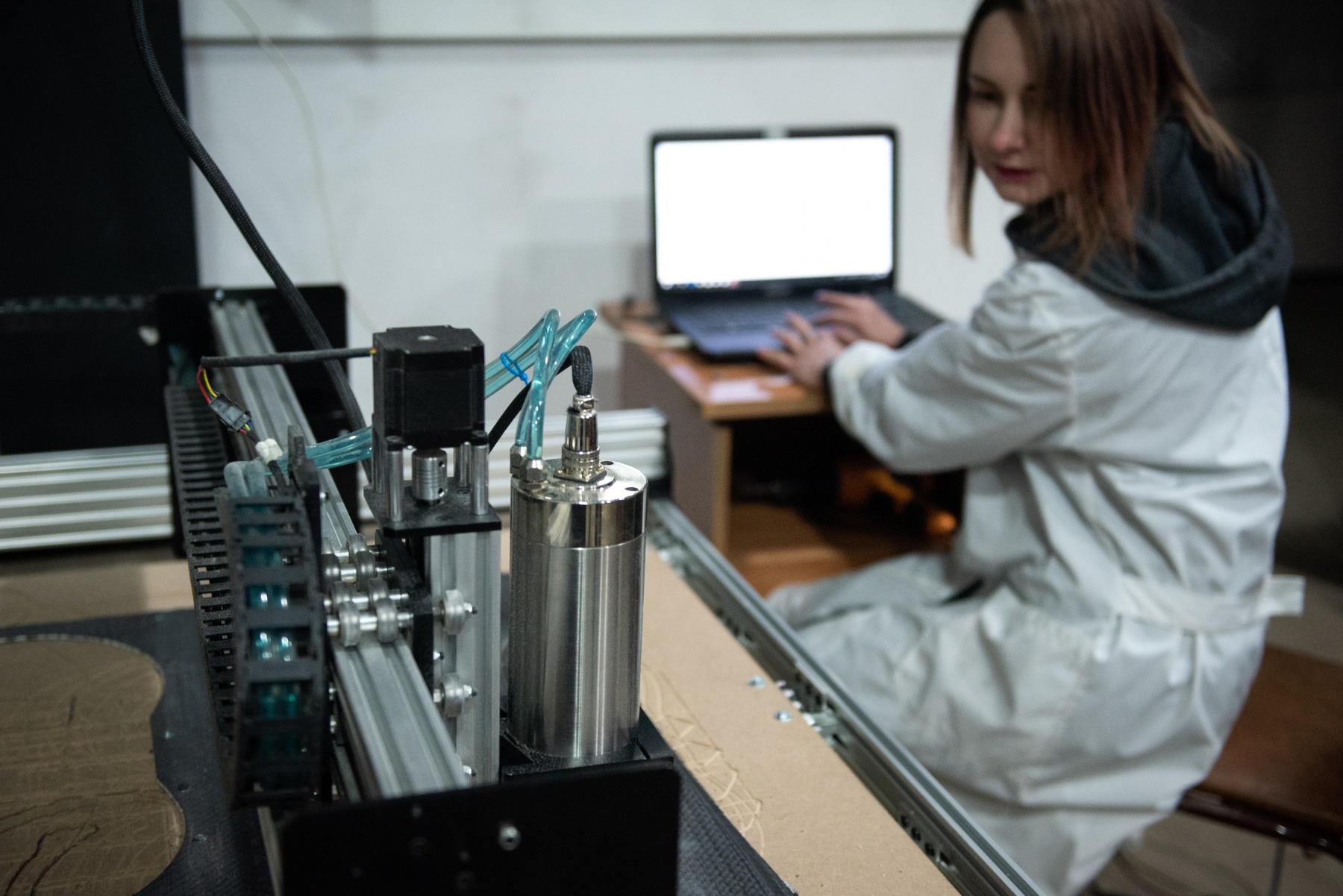 The construction set will help to master the methods of programming autonomous aircraft. It includes a Pixhawk controller with a PX4 stack for autonomous flight, an on-board Raspberry Pi 4 computer, and a camera module for computer vision flights. At the same time, thanks to the AR app, assembly and training are almost intuitive. The drone frame of composite materials was made at TSU to accurately mark for augmented reality and eliminate the variability of assembly, which is inevitable when using factory blanks.

- Initially, we had an idea to create some kind of educational constructor for teaching students of the Faculty of Physics and Engineering and the TSU supercomputer center. Therefore, we came up with a project that will make learning unforgettable and interactive, and combined what we would be interested in: this is augmented reality and a drone constructor, - said Kirill Kostyushin, one of the authors of the project, a staff member at the Faculty of Physics and Engineering.

Initially, the manual and the drone were separated from each other. The user pointed a smartphone at a sheet of paper where the instructions appeared and then separately took over the details. Now the process has been simplified: to assemble a quadrocopter, you need to lay out the parts from the set on the table, download the application, point the camera at the parts - and then an interactive instruction will start, that is, in augmented reality, they will show on your table how to assemble a drone. With various interaction scenarios and a large technical base for programming, such a drone  is aimed at educational organizations of various sizes: quantoriums, universities, and others. For the average user, it is not as applicable. However, now the project team is thinking about developing an accessible version of the constructor, which will also be more budget-friendly.

- We are still only evaluating it, but it is already clear that such a drone will have reduced programming capabilities and there will be no computer with a coprocessor. It will be necessary to get acquainted with the UAV and so that a child or other user has experience and interest in this area, - Kirill Kostyushin explained.

The project team will have the finished product of the new construction set by the end of April 2021. It should take 10 months to develop a prototype of the budget version and test it.