- If you look at the project from a methodological point of view, learning languages ​​in tandem is a very convenient and popular informal way of learning. It is actively used at the TSU Faculty of Philology, where Russian classmates are paired with international students, - explains Lidia Zhulyova.

In previous years, the TSU-Online volunteer organization had Language Exchange each semester. This cultural event attracted more than 100-120 people. Volunteers organized competitions to introduce students and in a playful way told them how to learn foreign languages ​​in tandems. Registered participants could meet in advance, make friends, and agree on a partnership.

-       This year we decided to join forces and launched a project aimed not only at creating conditions for meeting people who want to learn languages in tandems, but also at the constant methodological support of the participants. - The pandemic conditions and the transition to virtual communication prompted us to implement the Language Exchange Tandems Club - says Lidia Zhulyova.

What is a tandem partnership?

This is a method of learning a language, where each of the participants plays two roles: a teacher, when communication takes place in the native language, and a student when it is necessary to speak a foreign language. The main emphasis in tandem partnerships is on speaking and intercultural communication.


- Participants get great pleasure from such communication because the informal atmosphere helps them to immerse themselves in a comfortable study of a foreign language, - says Lidia Zhulyova.

Master's students at the TSU Faculty of Philology prepared convenient worksheets for such meetings on various topics - films, books, ecology, the educational system, and the culture of different countries. The results are discussed at meetings with the curators. 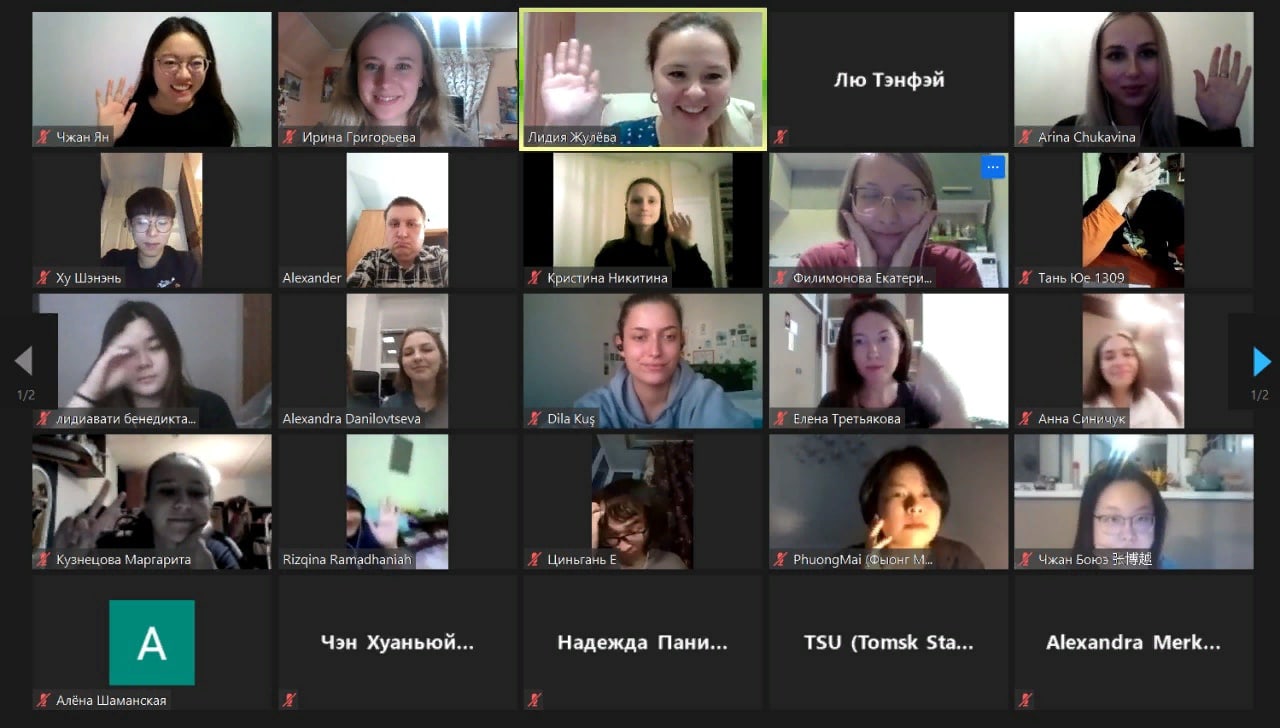 How was the first meeting
Native speakers of Russian, English, Chinese, and Spanish and students from Vietnam, Laos, and Turkey, who speak English attended the first meeting of the Language Exchange Tandems Club. Now the university has 41 tandems in three groups: 24 pairs of Russian-English and an almost equal number of Russian-Chinese and Russian-Spanish pairs.

First, the guys discussed working and technical issues: the rules for participating in the project, recommendations for running a tandem, principles of working in pairs, and how the events and consultations will be held.

After the general presentation, the participants were divided into 3 halls: Russian-English, Russian-Chinese, and Russian-Spanish. In these rooms, the directors of the areas - Master's students of the Faculty of Philology - worked with their audience: they told how to learn languages in tandems, gave advice and recommendations, presented their worksheets, and explained how to work with them. After this stage, the formed tandems were sent to the virtual audience.

Registration of new participants continues, the organizers hold separate webinars for them. Several joint events are already planned for the future, one of them is the Student-2020 video competition.
You can sign up on the project website.
If you want to join the project, you can also write to tsutandems@gmail.com. 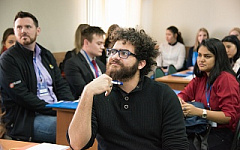 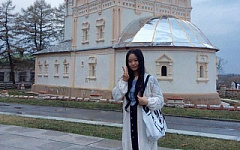