Students of the Biological Institute are performing a practicum in the Republic of Khakassia. While studying ancient soils in the Bograd region, they discovered large bone remnants that supposedly belonged to the ancestor of woolly mammoths - the trogontherium elephant. These mammals lived on the planet in the early Pleistocene - from 800 to 400 thousand years ago. Such findings are much less common than bones of woolly mammoths and are of great interest to scientists.

- The finds were made while working on the shore of the Krasnoyarsk Reservoir, - says Oleg Merzlyakov, the practicum leader. - The students have studied fossil soils in the section where the Yenisei River washed up on the shore and found large bone remains there. We assumed that the fossils belonged to ancient mammals, took photographs, and sent them to the paleontologists at TSU, who have extensive experience in the study of fossil animals. 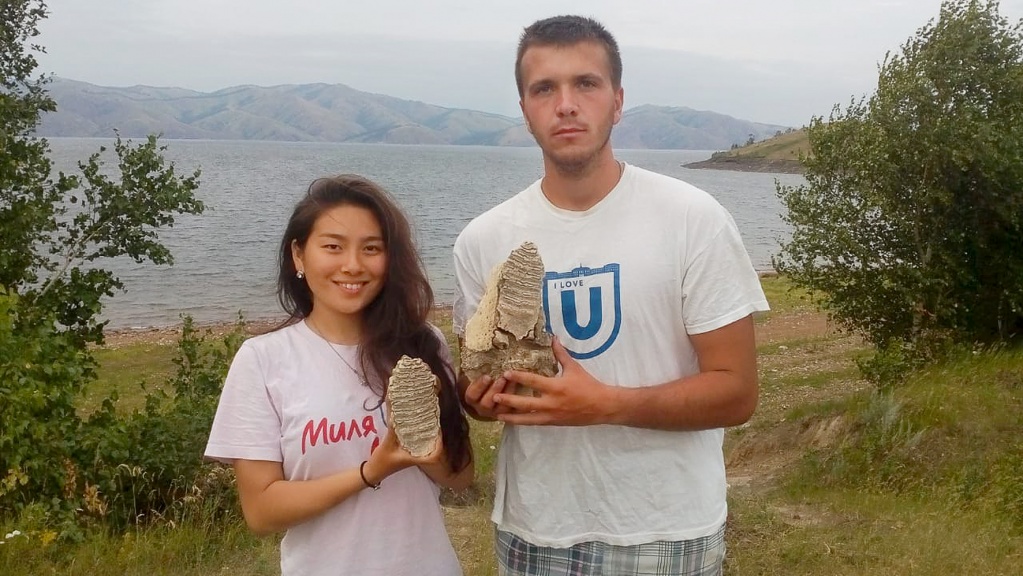 According to Andrey Spansky, assistant professor in the Department of Paleontology and Historical Geology, judging by the photographs, the students found the upper teeth and bones of the skull of a trogontherium elephant (steppe mammoth). It is the ancestor of woolly mammoths, which lived in large numbers in modern Siberia several tens of thousands of years ago. According to available data, the trogontherium elephant was one of the largest examples of a proboscis. It could reach 4.2 meters in the shoulders and it weighed up to 10 tons.

- It is also possible that the teeth found belong to the Khazar elephant, which is an intermediate evolutionary link between the trogontherium elephant and the woolly mammoth. This animal lived in the Middle Pleistocene (400-100 thousand years ago), - says Andrey Shpansky. - The Khazar elephant also inhabited open spaces but was smaller in size. To determine more accurately what the remnants belong to, scientists need to study them and make measurements.

According to the scientist, the find is of great interest. First, in Khakassia there are a few large rivers that accumulate large volumes of sediments, which serve as a burial ground for ancient animals. Second, trogontherium and Khazar elephants are less likely to be woolly mammoths because of their geological age, so we can say that biology students are very fortunate. Upon their return to Tomsk, they will deliver what they have found to the paleontologists at TSU for detailed study.

Three years ago, during a joint summer practicum, scientists and students of the Biological Institute and the Faculty of Geology and Geography discovered Devonian soils whose age was more than 300 million years. After the samples were brought to TSU, in the course of laboratory studies of soil monoliths, we found ancient plants in them - archeopteryces. This primitive horsetail was one of the first to leave the sea and inhabit the land.

- Summer practicum is traditionally held in the areas of Khakassia and Tuva, which store many secrets, - Oleg Merzlyakov clarifies. - Therefore, students are happy to go on such trips and almost every time they bring back something interesting.