From 1912 to 1922, there was a seismological laboratory at Tomsk University in a mine in the Botanical Garden, where scientists measured the deformation of the Earth under the influence of lunar-solar attraction. It was one of only two such laboratories in the world. Now TSU radiophysicists are proposing to resume its work in demo mode. They have already recreated the Zellner pendulum, which operated at that time, and modernized it so that measurements can be displayed remotely.

The history of the seismological laboratory:

- In June 1911, at the congress of the International Seismological Association, held in Manchester, England, it was decided to create two seismic stations for observing the deformation of the Earth under the influence of lunar-solar attraction. The German scientist Julius Fedorovich Gekker was commissioned to build the first station in southern Africa near Johannesburg, and the second was to be placed at the center of the Euro-Asian continent. At the suggestion of the Russian astronomer Alexander Yakovlevich Orlov, it was built in Tomsk, where the first university beyond the Urals was already opened, - said the author of the project, TSU Professor Grigory Dunaevsky.

The station was located in the University Botanical Garden, and constructed from autumn 1911 to winter 1912. For its equipment, international funds were allocated in the amount of 3,500 marks (almost 6,000,000 current rubles). The station was an excavated cave about 10 meters long, with thick brick walls painted with lime inside. Over the ceiling rose a layer of earth 8.5 meters thick. All this made it possible to maintain a constant temperature, approximately +11.5 °С, and humidity (80%) throughout the year. The station was divided into a corridor and a room where measuring instruments were installed. 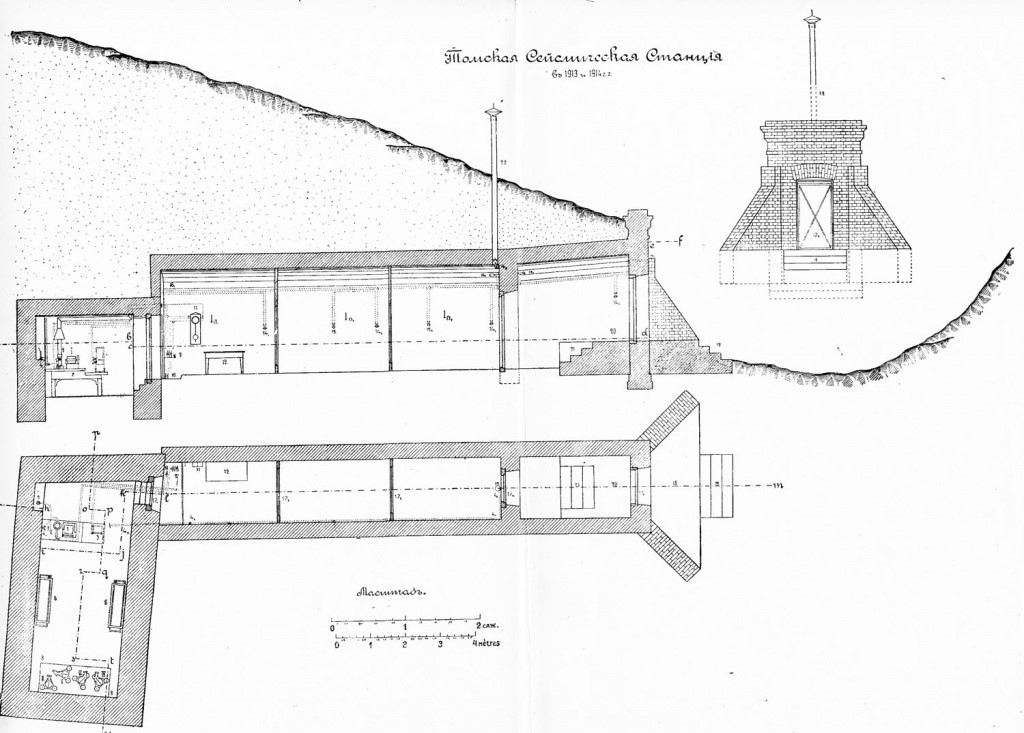 Observations began on September 25, 1912, after the room was dried. The measurements were carried out by Maria Gortt de Grott, a student of Siberian higher women’s courses, and in 1913-1915 she was assisted by an assistant at Tomsk University, the keeper of the physics office Wilhelm Abold. In 1914, one of the founders of geodynamics, an outstanding scientist Alexander Orlov, made a report at the Imperial Academy of Sciences, where he presented the results of observations. Measurements enabled estimating the tidal amplitudes in the Earth’s solidity caused by lunar-solar attraction, and the Earth’s hardness, which turned out to be “equal to the hardness of precious stones”.

During its operation, the station was plundered several times. Also there was not enough money to maintain it, so it was difficult to get the photographic film needed to record observations. The work of the station was also affected by the 1918 revolution and the Civil War. As a result, in 1922 the station finally stopped operating, and the equipment was dismantled by Alexander Orlov and transported to Odessa.

Much work on the collection of materials and publications of the laboratory was subsequently carried out under the guidance of Professor TSU Sergey Fominykh.

TSU radiophysicists decided to recreate the Tomsk seismic station, continue measurements, and organize distant access to laboratory instruments. To do this, it was necessary to restore the room and measuring instruments.

Under the leadership of Grigory Dunaevsky, Faculty of Radiophysics student Anton Gunko has already recreated Zellner's pendulum - an analog of the one in the laboratory in 1912. 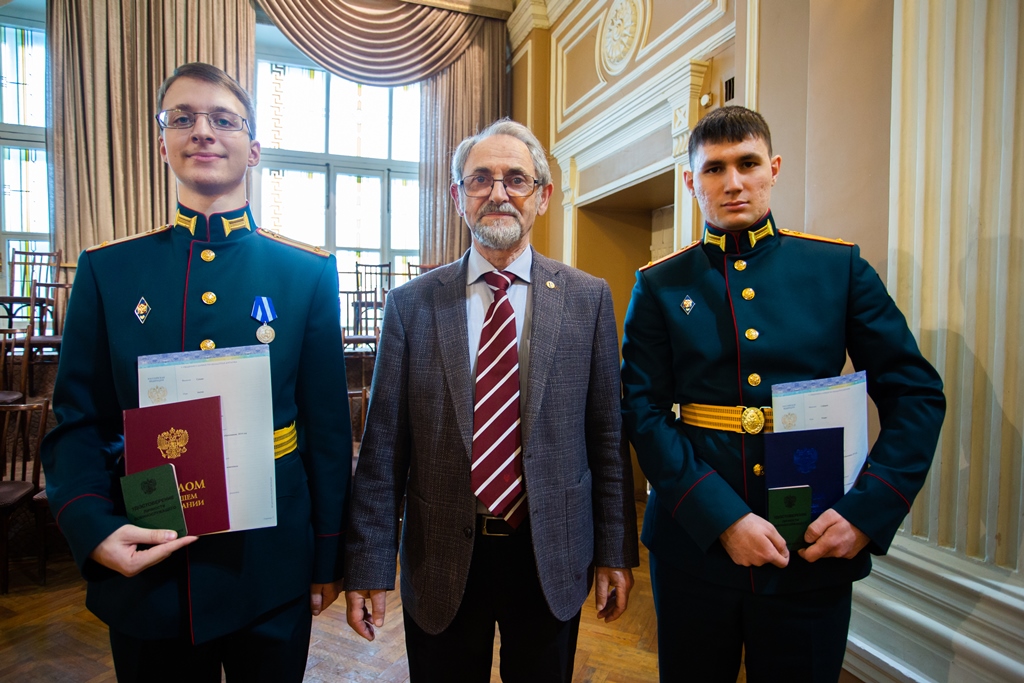 Scientists recreated the device, but instead of a needle and film, they installed a miniature laser and a sensor for small displacements of its beam to obtain digitized measurement results in a continuous and autonomous mode.

To demonstrate the influence of the sun and the moon on Earth's gravity, student Roman Sabirov assembled another installation of that time - Yarkovsky's pendulum. There was no such measuring device in the laboratory of 1912, but it will help to demonstrate changes in Earth's gravity under the influence of the moon and the sun, parallel to Zellner's pendulum.

Scientists took measurements with the help of the Zellner pendulum and obtained results similar to those published at the time by Alexander Orlov. Work on the modernization of the Yarkovsky pendulum is still ongoing. The next step is to provide these devices with dust and moisture protection so that they can work for a long time and autonomously in an underground laboratory. 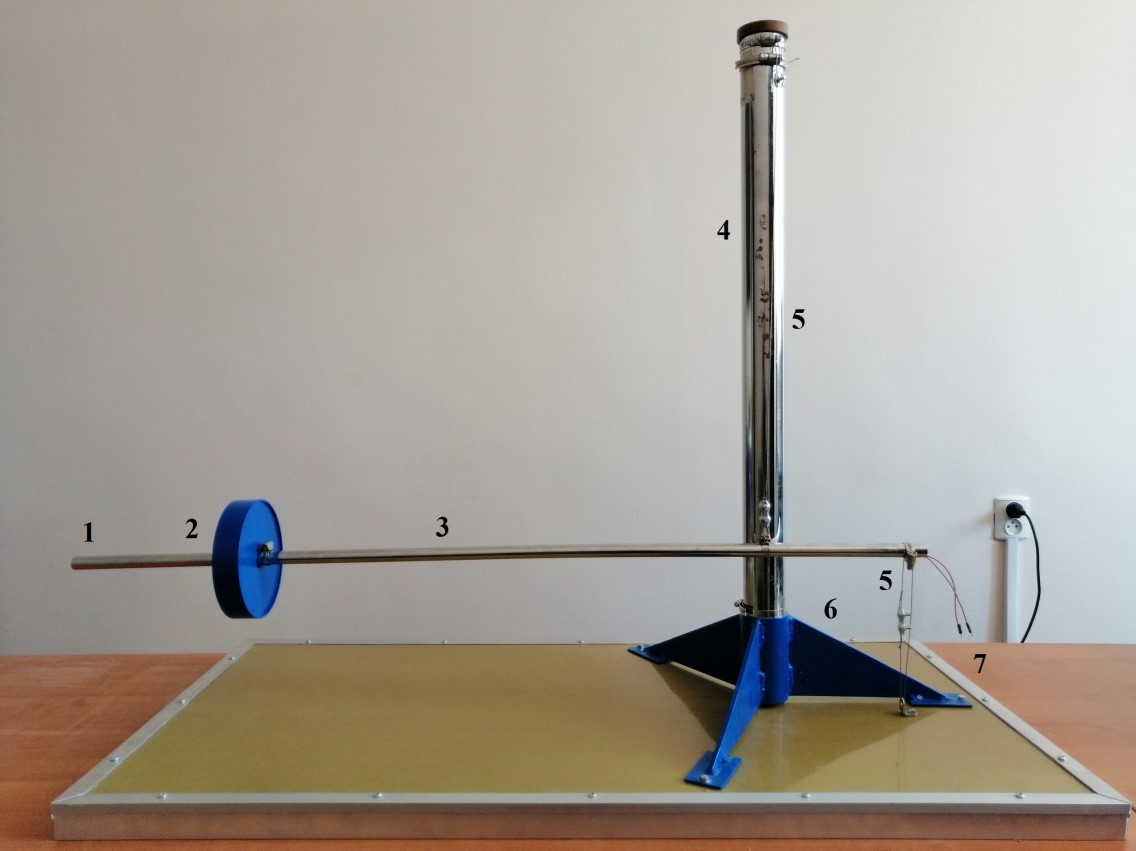 The development of existing models of pendulums is being completed by a team of students and teachers of the Department of Radioelectronics.

- This project is difficult to call scientific, rather it is educational. But it is important for both the university and the city. Maybe, as an option, we will offer graduates to support it, - added Grigory Dunaevsky.