Scientists of the TSU Laboratory of Medical Materials Science, which includes staff from the university, ISPMS SB RAS, and the Cancer Research Institute, are working on creating a direct method for printing implants to replace lost bone fragments. The goal is to reduce the number of stages in the manufacture of prostheses, which will significantly accelerate the timing of their being ready for use. Along with this, scientists intend to make the structure of the material bimodal - this will improve the survival of implants and significantly improve the patients' chances of recovery. The project is based in the StrAU Institute of Biomedicine of TSU and is supported by the Tomsk State University Academic D.I. Mendeleev Fund Program.

At present, it takes considerable time to make structures to close defects in bone tissue. First, scientists transfer the CT images of patients to the format of a three-dimensional skull model to create a prototype of the missing fragment. Then it and the hard tissues surrounding the defect are printed from the plastic and tried on. In the final stage, scientists create a matrix that is filled with a mixture of ceramic powder with polymers and burn them together, after which the implant is transferred to the physicians.

- In the best case, the implant will be obtained the first time, but maybe the third, because shrinking occurs during burning, - says Sergey Kulkov, the head of Laboratory of Medical Materials Science. - The size and shape of the structure must completely replicate the lost fragment, otherwise the surgeons will have great difficulty installing the prosthesis. To prevent unpleasant surprises, the implant is reworked to full compliance with the prototype.

At present, materials scientists are developing a direct method for printing a new generation of implants. This means eliminating the stage of manufacturing the prototype, which will permit producing the implant in one step.

In addition, in accordance with the wishes of doctors, the scientists are modifying the structure of the material. Currently, the nanoceramics from which the implants are made have 20-30 micron pores. The scientists will develop a new approach that obtains a bimodal structure with pores of two sizes - 30 and 300 microns. This will bring implants maximally close to the natural bone and improve their germination by the patient's native tissue. Researchers have to solve a difficult technical problem: how to make sure that the presence of large empty cavities does not worsen the implant’s functional characteristics, most of all, its strength. Another step to minimize the potential risks associated with the rejection of the prosthesis will be modifying the surface of the material, not only outside but also inside the pores. Scientists are trying to improve the production process so that implants will be available to more people. Prostheses made of nanoceramics could bring them back a normal life.

Clinical trials of ceramic implants began in August 2017 at the Tomsk Cancer Research Institute. Surgery to close facial defect with such a prosthesis, the first in Russia, was conducted on a 26-year-old patient. In March 2018, a control examination showed that the body accepted the implant as native tissue, and now it coexists organically with the patient’s living tissues. Also in March, oncologists performed a fourth similar operation. Using a construction made in the TSU laboratory, doctors eliminated the facial defect of a 43-year-old woman after surgical treatment for nose cancer. 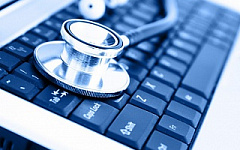