The Ministry of Science and Higher Education of the Russian Federation has approved a project that will create the first carbon test site in the Tomsk Region. The project envisions monitoring climate-active gases as well as designing technologies for capturing, storing, and neutralizing them. One of the instruments that will significantly lower the industrial carbon footprint will be the first direct carbon capture facility in Russia. It will be developed by TSU and the Engineering Chemical Technology Centre (ECTC) and will be implemented by a large interdisciplinary team of the University of Tomsk: TSU, V.E. Zuev Institute of Atmospheric Optics SB RAS, IMCES SB RAS, IPC SB RAS, and Siberian Research Institute of Agriculture and Peat.

The carbon test site is one of the priorities of the consortium Global Earth Changes: Climate, Ecology, Quality of Life, initiated by TSU. Some of the participation agreements were signed during the forum U-NOVUS 2021.

“The Tomsk regional carbon test site will become a part of the test site network created under the order of Vladimir Putin. The network will solve both climate and economic issues,” explains Lyudmila Borilo, executive director of the TSU Center of Excellence TSSW: Siberian Institute of the Future. “The first issue is decarbonization, which means lowering carbon emissions – one of the main components of greenhouse gases. Experts say that if humanity does not lower carbon emissions level by 2100, the average temperature will rise by 3.5-5.2 degrees Celsius, which will lead to natural, economic, and social disasters. Climate transformation already causes a negative effect on the environment, and it gets worse every year.”

The carbon test site will be located in the floodplain of the Ob River, one of the biggest rivers in the world. It will become a large-scale space for studying the carbon cycle. Scientists will monitor carbon levels in the air, water, and soil using new approaches like aero- or unmanned platforms. There are plans to build a carbon farm there too, to develop and test technologies of carbon absorption and its neutralization or recycling. 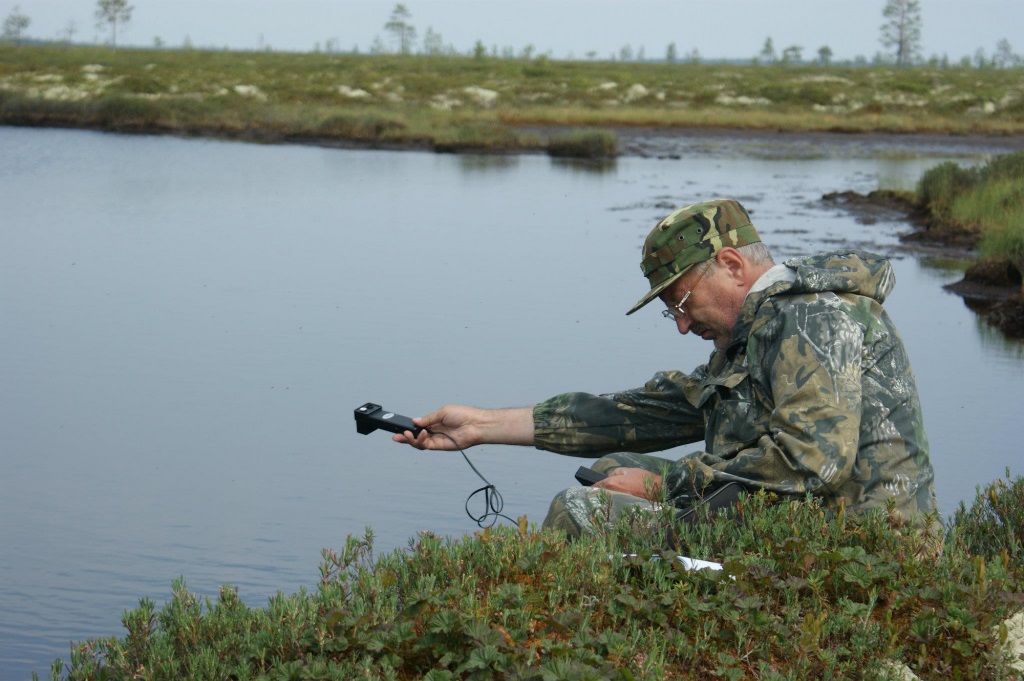 “There are now two types of sequestration technology – biological and chemical,” explains Ludmila Borilo. “Biological approaches use the ability of plants and soil to capture and absorb carbon. The TSU Biological Institute and Siberian Botanical Garden of TSU will be dealing with this task, increasing plants' carbon capture ability. They already have great achievements in studying photosynthesis and methods of activating it, and developing reforestation technologies. The other research team will develop technologies of preventing forest fires, which are a massive source of CO2.”

The other set of instruments for maintaining carbon balance are chemical technologies, beginning with sorption materials. Tomsk scientists will present their own solutions in this area.

The newest instrument for carbon sequestration is a direct air capture facility. There are only a few of them, actively worked on by scientists from Europe and the US. For example, German scientists are creating a plant for capturing CO2 and recycling it into a clear carbon granulated powder. This will clear the atmosphere from greenhouse gases and industry will have new raw material for high-tech manufacturing.

There are as yet no projects like this in Russia. TSU scientists with specialists from the Engineering Chemical Technology Centre (ECTC) will create the first one. ECTC has a great deal of experience in designing recycling technologies. The second important task for the Russian carbon test site network is ensuring the place of the Russian economy on the global market. Due to the carbon tax being enforced by the EU, Russia can pay billions and lose the export market for products with a carbon footprint such as metal, oil, and wheat.

To remedy this, Russia will need effective sequestration technologies to lower the emission level and our own monitoring data that will prove the ability of Russian ecosystems to absorb carbon. “Currently, the numbers are not in our favor,” notes Ludmila Borilo. “The EU data states that German forests absorb ten times more carbon than the Russian. It is obviously untrue, but we need to prove it. A network monitoring all the country’s major ecosystems will provide the necessary data and prove that Russia with its natural resources does an ecosystemic favor to the whole planet. It needs to be counted towards the carbon quota allocation under the Paris treaty.”

The project Carbon Test Site of the Tomsk Region also aims to educate new specialists, who will participate in monitoring, creating new carbon sequestration technologies, and implementing them via various climate projects.

In the Year of Science and Technology, under the President’s order, 80 carbon test sites should be created. They will monitor and study the carbon cycle in different ecosystems – forests, steppes, tundra, bodies of water, etc. This will assess the real carbon balance of Russia and develop and implement projects to reduce the carbon footprint.

Studying global changes in climate, ecology, and quality of life is one of the TSU priorities included in the ten-year development strategy of the university. Its scientists investigate the thawing of permafrost, the changing landscapes of the Arctic and Siberia, greenhouse gas emissions and their transfer to oceans, and the transformation of the Arctic indigenous peoples’ traditional lifestyle caused by global heating. The results will help adapt the nation to climate and environmental transformation.