Tomsk State University has opened a center for testing foreigners in the Russian language at the North China University of Science and Technology. The office in China is the eighth branch of the Center for Testing Foreign Citizens, which is sponsored by the TSU Faculty of Philology. At NCUST, it will be possible to pass the TORFL exams (Test of Russian as a Foreign Language) both on-site and remotely.

- Many Russian universities require a certificate of Russian language proficiency from foreigners upon admission,- explains Svetlana Fashchanova, TSU deputy dean for training foreign citizens. - The TORFL format is already recognized as an objective indicator of proficiency in Russian.

In the new center testing will be available on-site - Tomsk teachers will travel to China for this. For remote testing, TSU has developed a special platform: part of the tasks will be a test that is checked automatically, and to test speaking skills, a teacher is connected to the test who talks to the person being tested via video communication.

The TSU Foreign Citizens Testing Center has been a leading testing center since 2017, which means that it has the right to create local offices in other cities and countries. 7 local testing centers operate based on the head center: in Novosibirsk, Tyumen, Kurgan, Novokuznetsk, Vladivostok, Tomsk (TPU), and Granada (Spain). Thus, TSU is gaining a leading position in language training in Russian as a foreign language.

In 2019, 1,843 international citizens passed the exams at the TSU testing center, of whom 1,480 passed the comprehensive exam for migrants and 363 passed TORFL. 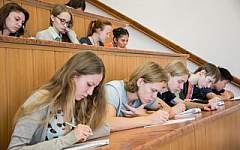 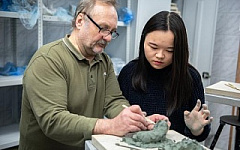 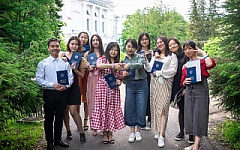