TSU staff from the V.M. Florinskiy Museum of Siberian Archeology and Ethnography conducted a joint expedition with the company Siberian Archaeology to Nyasha Island in the Tom River. In 2021, the level of Tom River reached its historical minimum, which made it possible to discover more than 100 kilograms of Neolithic artifacts aged approximately 6-8,000 years.

“We went to Nyasha Island (from the Tatar word ‘bog’, ‘dirt’) on purpose, because we had an idea that we could find something here,” explains Asap Idimeshev, staff member of the V.M. Florinskiy Museum of Siberian Archeology and Ethnography. “The first time we went, we found nothing. However, during the second expedition, when the water level went down even more, we saw a 100-meter long part of the coastal area covered in artifacts.” 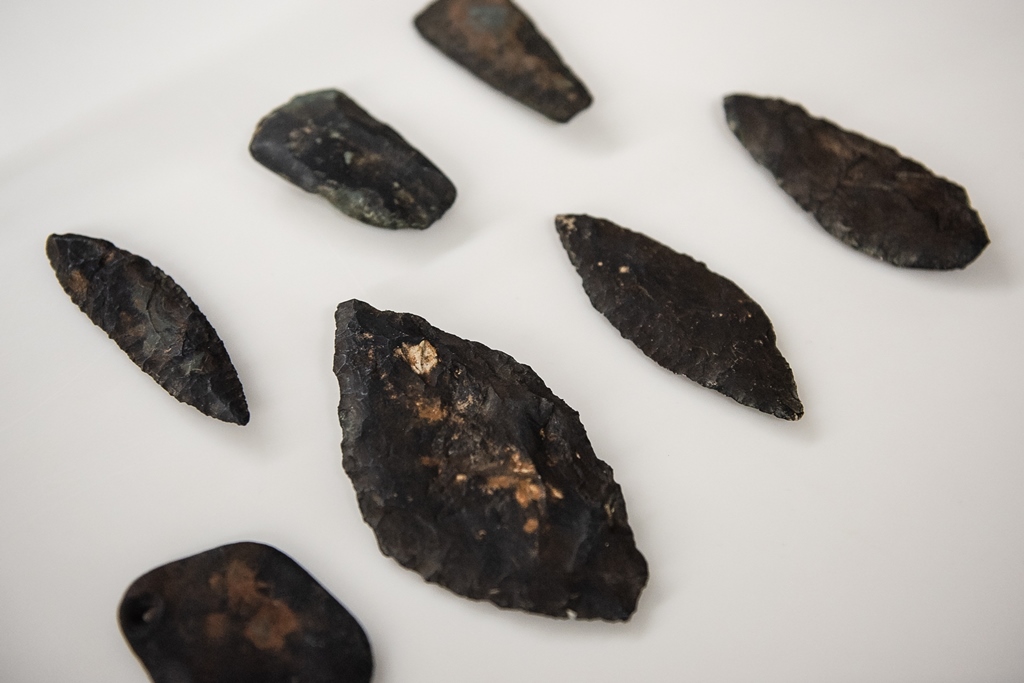 TSU archaeologists found stone knives, arrow- and spearheads, lithic flakes, equipment for making arrow shafts, and a great many pottery pieces (remnants of jugs and other vessels). The most amazing find is a fossilized bone with a carving in the form of a face. It is the first Neolithic artifact of this kind in the Tomsk region. “The most unique discovery is an articular bone of a large animal (a moose or a deer, probably) with a face carved on it,” explains Yulia Kvasnitsa, staff member of the Museum. “The carving is very intricate. It is especially rare to see it in good condition, because usually organic material is hard to preserve. We used to find bones with animal carvings, but it’s the first time we found a human face carved on a Neolithic artifact. We suppose that the findings are 6-8,000 years old. Further analysis will give us a more precise date.”

As the young scientists note, the finds were preserved well due to the thick layer of clay that covered them for centuries. The lowering water level led to them being washed away on the shore. Some artifacts were found while digging a trial pit. 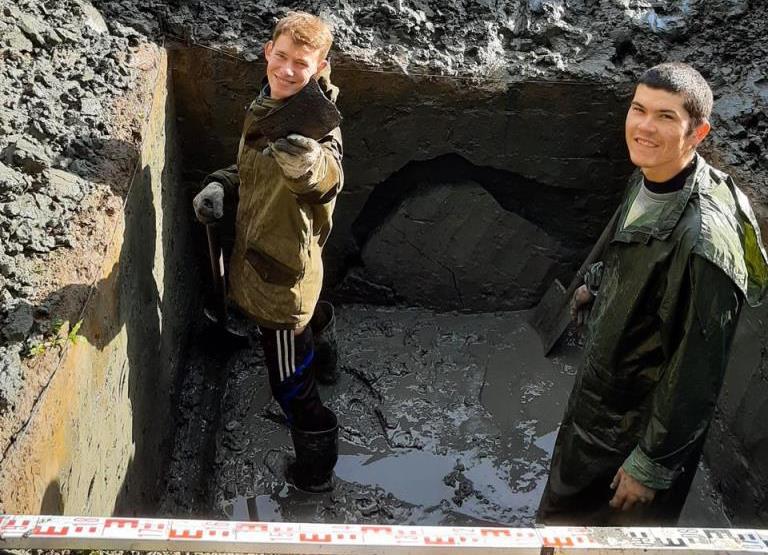 Archaeologists say that the other interesting thing about this is that there are no signs of people having lived there for a long time, like fire sites or buildings. It seems that the river was there in the past too, and people came there to fish and hunt when the water level was suitable for it. Moreover, the clay from the river was probably used to make pottery dishware and other vessels. It is still unknown why people would leave weapons and pottery on the coast and not take them back to where they lived. The answer can probably be found during further digs that TSU plans to conduct. 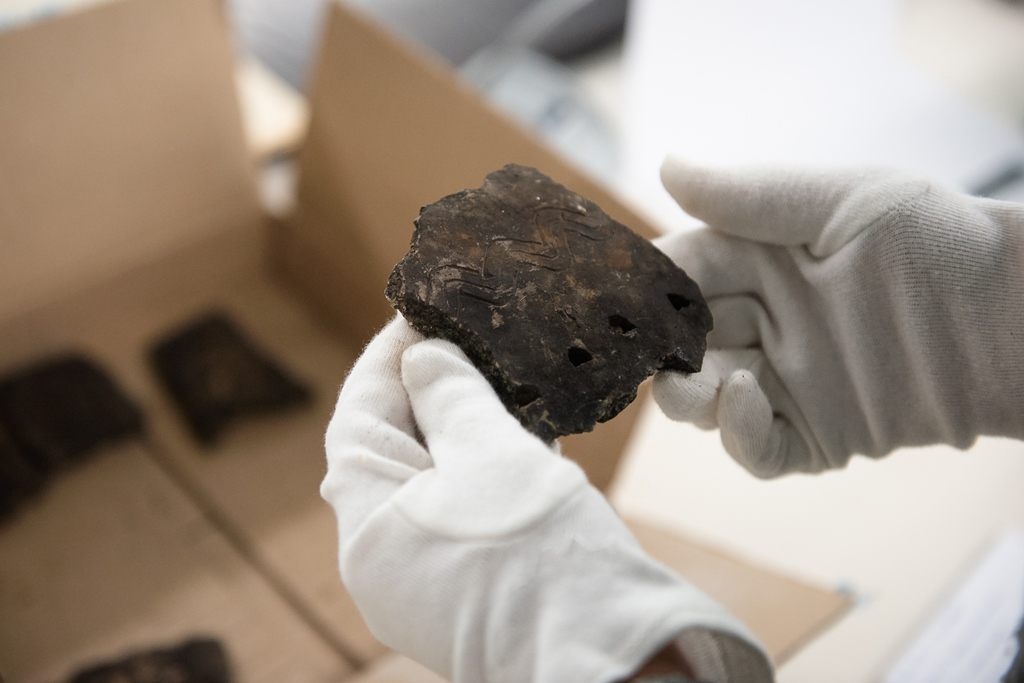 The rare artifact with human face carvings can be demonstrated after the information about it is published in one of the scientific journals. This new archeological monument will be named after Nyasha Island where it was found.