In 2016, TSU scientists ringed almost 3000 birds of 67 species in the Tomsk Region. At the same time, 300 big titmice (chickadees) in the University Grove received individual colored labels. The intensive bird banding allowed evaluating different aspects of their life in the autumn-winter period. For example, scientists found that there are more females in the city than in the surrounding villages and that the weight of titmice is associated with the length of daylight.

- Due to the individual rings and colored tags – “colored passports” - we collect the facts about relationship of the titmice with their territory of nesting and wintering, life expectancy, and the age structure of the species, - says ornithologist Sergey Gashkov, an employee of the Zoological Museum of Tomsk State University. - This year, for example, we were able to determine two long-living ones: they have overwintered in the University Grove and the Siberian Botanical Garden seven times.

In addition to the migration of birds, scientists evaluate their size, weight, fat stores, and psycho-emotional and other characteristics. For example, it turned out that the mass of titmouse fat reserves increases from September until December on average by 3 grams (up to 23 grams for males and 22 for females), and they begin to lose weight in January.

- After the solstice (the winter solstice is the shortest day of the year, with the longest night, in the corresponding hemisphere) the titmice sense that the nights are becoming shorter, and thus, they need less fat stores for night heating, - said Sergey Gashkov. - That is why titmice reduce the intensity of their visits to feeders during the second half of the winter, as was noted by those who feed the birds. In addition, it was found that the December chill to -30C led to a temporary reduction in weight only for females, but males as the larger individuals did not even respond to it. 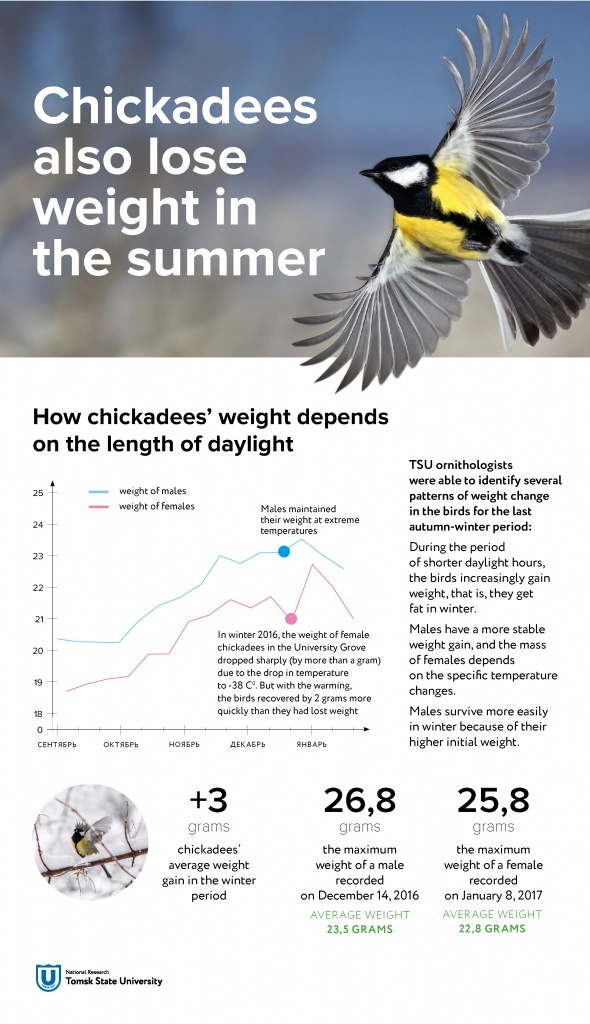 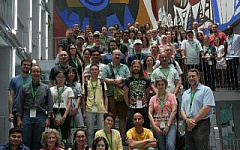