The Spanish research group Cybermetrics Lab of the Spanish National Research Council (CSIC) has published the Webometrics Ranking of World Universities. Tomsk State University in six months improved its position in the ranking by more than 50 positions and ranked 1,003rd, becoming the eighth in Russia.

The Webometrics Ranking of World Universities, also known as Ranking Web of Universities, is a ranking system for the world's universities based on a composite indicator that takes into account both the volume of the Web contents (number of web pages and files) and the visibility and impact of these web publications according to the number of external inlinks (site citations) they received.

- The new version of the ranking calculation is not very successful for the Russian universities as a whole, - says Oleg Zmeev, Vice-Rector for IT Development. - The number of universities that have managed to improve their positions is much less than those whose results in July have become worse. And from this point of view, an increase of 50 positions indicates that the vector that we have chosen for the modernization of web space is correct. The major change in methodology did not change our position, and in fact it improved.

In total 12,000 universities from around the world were included in the ranking, and about 25,000 were ranked 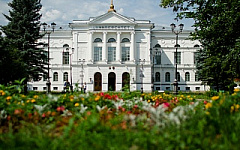 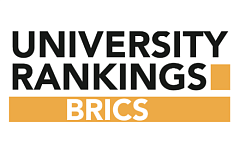