The calendar was a joint creative project of Art School №1 and international students in TSU’s Russian Language Department of the Faculty of Philology, who wrote poems for the paintings of young artists.

The project 12 Months was presented December 3 in the hall of the Art School, where the participants gathered with teachers, parents of the young talents, and project organizers.

In the welcoming speech, the director of Art School №1, Olga Dvizova, noted that the creativity of the students, who wrote poetry that was not in their native language, was very touching and interesting. The students themselves chose the drawing for which they wrote a poem.

- The authors of the drawings are children 7-11 years old, and the sincerity of the children's perception of the world is always very inspiring - added Anna Hiznichenko, Senior Lecturer at the Russian Language Department of the Faculty of Philology.

- We would like to reveal the talents of students in work with the word, with the Russian language, - says Anna Hiznichenko. - The poetic text is the ultimate manifestation of the creation of speech. But any creative action must be translated into concrete results that can be seen and touched, so we decided to combine text with illustrations of New Year's Eve to create a calendar.

At the presentation of the calendar project, Li Zhiqiang, a student in the Russian Language Department, read his poems in Russian.

- To write a poem in Russian was not so difficult, because our teachers taught us how to do it. It was very interesting. I wrote a poem for the drawing with a cock, which stands high, and everything that surrounds it shows the beauty of the autumn - said Li Zhiqiang.

Сreative competitions for international students at Tomsk State University have become a good tradition. The most notable projects in 2015 are the stages of the all-Russian online festival dedicated to the 70th anniversary of Victory in the Great Patriotic War; the event Under the student wing, where international students painted birdhouses, showing their imagination and national character; The days of foreign culture - a week of creativity, which brings together representatives of different parts of our planet; and the poetry competition Anyone can become Orpheus, plus essay competitions.

For reference. Opportunities to study in Russia and at TSU have attracted the interest of international students. In 2015, 170 people from countries other than Russia were accepted to Tomsk State University, 30% of them citizens of China. The University has a service for the adaptation and support of international students that is fully in charge of the student from the moment of arrival, beginning with meeting them at the airport, and then assisting them with settling and organizating cultural activities. TSU has organized several social projects that help international students to quickly became accustomed to their new conditions. These include the Russian Club created by students of the Faculty of Philology to help fellow students from abroad with studying the Russian language. 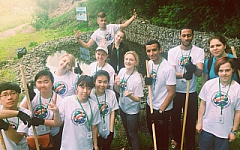