An unusual experiment took place at Tomsk State University in the framework of the First International Student Symposium on Technologies of Spontaneous Self-expression as a Method of Actualisation of Human Creativity. Its purpose was to study the effect of music accompanying visual effects on changing human consciousness, its stimulating the search for creative solutions.

The master class Experiment on Disclosure of Creative Consciousness of the Person Using Dynamic Visual Fractals and Jazz Improvisation was conducted by the TSU Laboratory of Psychological Practices of the Faculty of Psychology. Participants were encouraged to listen to musical improvisation in a joint performance of the bSicTransit team and a musical group of the laboratory’s rhythm studio. At the same time, dynamic images of fractals were demonstrated on the big screen.

- In 2010, scientists from St. Petersburg State University published the results of studies that have shown that the effect of fractal images greatly changes the structure of the rhythms of  brain activity and supposedly puts a person into a creative state of mind – Nikita Yakovlev, undergraduate of Faculty of Psychology, explained the backstory of the experiment . - However, the study was conducted exclusively on pre-created fractal animations. We decided to improve the methodology. Specifically, we implemented the construction of fractals in real time, that allowed making them responsive to the live music. The purpose of our experiment is to expand or strengthen creative potential using the scientific method.

When the music began, bright colorful fractals on the big screen began to move. The dynamic image was constantly changing in response to each sound. Participants could watch as performers “drew” music on their instrument, together and individually.

- A fractal is a structure that displays an infinite number of new details when you zoom in. This causes the brain to process information in a mode a little more intense than the usual visual range that we see in life. And a fractal image can serve as a “massager” for the brain - explained Nikita Yakovlev. When the performance was over, the audience was invited to share their impressions and tell what feelings everyone experienced during the musical and visual synchronicity, which images arose in the mind, and how it affected their emotional state. It turned out that people perceived the same pictures in different ways. They introduced someone to a state of relaxation, brought memories of the past for others, while for a number of people, conversely, it caused a feeling of tension. And it is normal, - said Professor Valery Cabrin, the head of the experiment, Head of the Laboratory of Psychological Practices.

- Fractal models can reveal the dynamics of the images that people have in mind and that are very difficult to convey in words, - says Valery Cabrin. - Further, we'll explore how these changes are important and how they are universal. It’s considered that a person who has learned to go into those states becomes creative in any area, and our task is to verify and confirm this hypothesis. 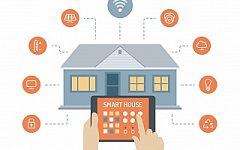 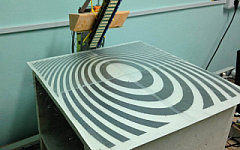