A group of researchers from several research centers, including TSU, is studying the changing diets and traditional lifestyle of Siberian Arctic indigenous peoples. The researchers learned how these changes are affecting the health and life conditions of the local population. Their article is published in Ambio (Q1) by the Swedish Academy of Sciences.

The article compares the diet of Siberian Arctic indigenous peoples of the 21st, 20th, and 19th centuries, gathering information from scientific and literary sources of the past as well as contemporary research. During their expedition of 2013-2018, the researchers interviewed 985 people living in the villages and tundra of the Yamalo-Nenets Autonomous Okrug (YaNAO), and on the coast of the Ob, Taz, and Gydan bays of the Kara Sea. 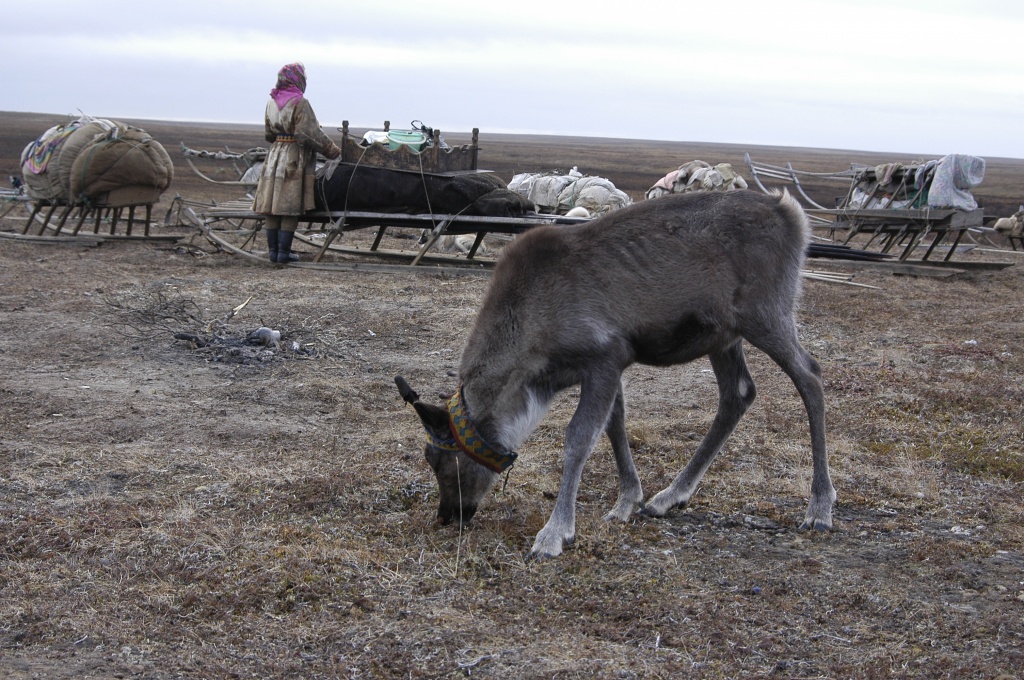 As the authors note, the diet of the Nenets, Khants, and Selkup peoples traditionally depended on the season for fishing а specific kind of fish. Traveling to the fishing sites allowed them to always have fresh fish as a part of their diet. Deer slaughtering also depended on migration and herding routes, which allowed delivering meat to villages for almost 8 months a year, where it was sold and consumed by relatives. In the last decade, there have rarely been any opportunities for this.

“The diet of Siberian Arctic indigenous peoples has always been rich with local products: deer meat, liver, various species of fish,” explains Olga Shaduyko, coordinator of SecNet. “It is extremely important because by consuming local products people ingest a number of macro- and microelements needed to survive in the extreme conditions of the Arctic. Currently, a high level of local products in the diet is maintained only during the fishing or slaughtering season. During the rest of the year people consume more easily digested carbohydrates (white bread, sugar, condensed milk) and significantly increase the consumption of oil, grains, and rice.”

According to the article, one of the main reasons for the decrease in consumption of local food is climate change. The hydrological regime of rivers has changed and affected traditional fishing seasons and travel routes. The increased number of natural disasters also does not help.

The average annual temperature of the Arctic is rising twice as fast as in the middle latitudes, and it greatly affects the health and living conditions of the local population. For example, the amount of deer meat and fish in the diet of Indigenous people in the YaNAO has decreased by 40-70% in 2012-2016.

Because of their nomadic way of life the Nenets of the tundra do not store food, rather they transport enough food for a family to eat in three to seven days. In summer, it is enough to transport one day’s worth of fish. Villagers also do not store food for more than one or two months. Only 10-15% of the population uses various conservation methods.

“The health of Indigenous people and their ability to adapt to the harsh condition of the Arctic depends on their consumption of local food: fish, deer meat, wild berries,” state the researchers. “This traditional nutrition is the main tool for preventing diseases of the cardiovascular and respiratory systems and metabolic disorders for the Indigenous peoples. With the loss of traditional nutrition, hypertension, dyslipidemia, chronic bronchitis, and overweight have become even more prevalent among the Indigenous peoples in comparison to the population of newcomers.”

One of the solutions is creating fish and deer meat storage in villages to enable preserving Indigenous peoples’ health and ensure their food safety in this challenging but strategically important region of the Russian Federation.

The pictures are provided by the administration of YaNAO