Tomsk State University showed positive dynamics in the prestigious U. S. News Best Global Universities ranking, rising 63 points. In 2019, TSU took the 509th position in the world, retained 6th position among Russian universities, and entered the top 200 in Physics for the first time.

The U. S. News Best Global Universities ranking has been issued for over 30 years and is based on 13 indicators, including publication activity, citations, and global and regional research reputation. In 2019, the ranking includes 1,500 universities from 81 countries. To enter it, the university must be in the top 250 according to the results of the Clarivate Analytics global reputation survey or have at least 1,500 publications in the Web of Science database for 2013-2017. 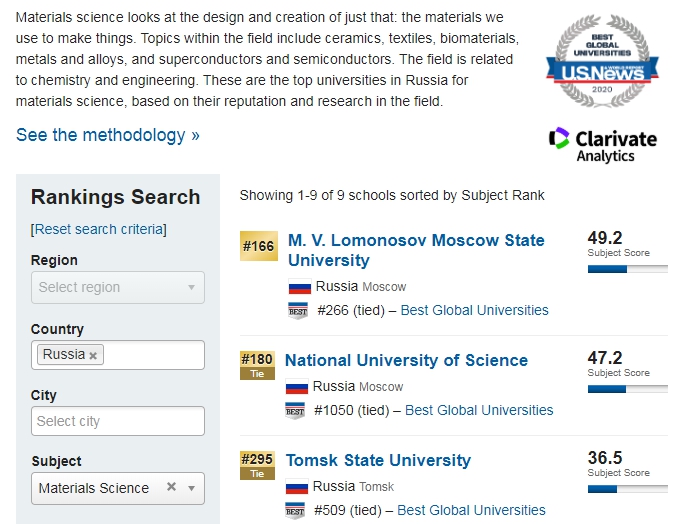