Three TSU scientists who study climatic changes in biota, ecosystems, and landscapes, and human adaptation to them, will act as editors of a the special issue of the journal Ambio (Q1). The journal is published by the Royal Swedish Academy of Sciences, part of the Springer Nature Group. A special issue will be dedicated to Siberia, a macroregion that affects the climate of the entire Earth and is undergoing serious changes due to global warming. The topic of Siberia was proposed by TSU scientists who won the competition announced by Ambio in honor of the 50th anniversary of the journal. More than 90 authors will present the results of their work in the special issue Changes in the Siberian Environment.

- Siberia is a repository of a huge amount of minerals. This area is distinguished by unique forests, soil, and biodiversity, - says Terry Callaghan, professor at TSU and University of Sheffield, Ambio guest editor. At the same time, Siberia acts as a litmus test - changes in the environment quickly and manifest themselves here, which will largely determine the future of the planet for the next tens and hundreds of years. Humanity, which strives for sustainable development, to solve problems related to food security, biodiversity conservation, and others, needs to study the natural processes taking place in Siberia. This will help to understand many natural phenomena in other parts of the planet.

The special issue of Ambio, dedicated to Siberia, includes articles covering many pressing issues, such as forest fires, melting permafrost and greenhouse gas emissions, afforestation of arid landscapes in southern Siberia, the vulnerability of rare mountain bogs, changes in biodiversity, changes in diet and traditional image the life of the indigenous peoples of the Siberian Arctic and their impact on human health and well-being, and others. - There is an understanding of the importance of Siberia in the world, but for many people, even for scientists, it remains an unknown, mysterious territory, says Olga Shaduiko, one of the invited editors, director of the TSU Center for International Cooperation. – The special issue of Ambio is an opportunity to get information about Siberia firsthand - from leading Russian and international scientists working under the auspices of SecNet, an international research network created based at TSU to study Siberia and the Arctic.

It should be noted that Tomsk State University is the first university in Siberia and has been studying it for over 140 years. TSU accumulates the largest body of knowledge about the macroregion, in which it has created an extensive network of scientific stations. This makes it possible to conduct research all year round, and not only in the field season, which in Siberia and the Arctic zone of the Russian Federation is only a few months. Some stations -: alpine Aktru, Khanymei in the Arctic zone, and Kaibasovo are in demand among not only Russian but also international researchers.

- Many of our international colleagues have a very strong professional interest in Siberia, and this is understandable. Siberia is characterized by huge biodiversity, which in many respects has not yet been studied, so there are great chances for discovery. This attracts researchers to our region, - says Sergey Kirpotin, director of the TSU Center of Excellence Bio-Clim-Land, Ambio guest editor. - The special issue will be published at the end of this year, and almost all articles have already been accepted for publication. Many of them are prepared by interdisciplinary teams. So, for example, six scientific groups, including ours, worked on one of the articles at once. It presents data on changes in the biodiversity of Siberia, gives an explanation of which processes these transformations are, and describes the cause-and-effect relationships. 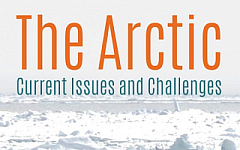