A team of scientists from the TSU Faculty of Geology and Geography has embarked on a major interdisciplinary project aimed at developing the resource base of Russia - the search and exploration for new mineral deposits. Along with this, over five years of research, scientists will receive new data on what major climatic changes have occurred in the past and what will help to predict future changes.

- In recent years, both in our country and abroad, the number of discoveries of mineral deposits has increased. This surge is determined, first of all, by the development of innovations - in the technologies of development and processing, in the technical equipment of geological exploration works, and in the development of nonstandard approaches to geological forecasting. In those regions where it would seem, everything that is possible has already been found, deposits suddenly appear, which had not been thought of before. Therefore, it is necessary to move from the old concepts of geological forecasting to fundamentally new approaches, - says Platon Tishin, dean of the TSU Faculty of Geology and Geography.

Faculty of Geology and Geography scientists set the task of developing new search models. They will be based on new fundamental data on ore genesis. Two main processes will be comprehensively studied: magmatism, which is also called “the breathing of the Earth”, and sediment genesis - the formation of sedimentary rocks on the surface.

In the course of the project, researchers will analyze large groups of geological features and identify patterns characteristic of the formation of deposits of certain minerals. First, specialists are interested in geological markers that indicate deposits of hydrocarbons and precious metals. Also, the data that will accumulate can later be used to search for other minerals. The appearance of many of them (diamonds, nickel, and rare earth metals) is connected with magmatic processes that took place on the planet millions of years ago.

- Geochemical research methods will become the main tool for searching for geological markers, - explains Platon Tishin. - The project will involve the technical base of the Analytical Center for Geochemistry of Natural Systems. In particular, a mass spectrometer for determining the absolute age of rocks, an electron microscope that determines the relationship and composition of different ores, a spectrometer for determining macro components, and other equipment.

In the Tomsk Region, one of the study objects will be the Tugan deposit of titanium and zirconium. 34 million years ago there was a beach of a large lake or sea, where industrial deposits of metals (grains of zircon and ilmenite) accumulated. Scientists will try to determine the place where the primary deposits are located, which acted as a supplier of minerals.

Along with this, the fundamental data obtained under the project should provide new information about what changes took place hundreds of millions of years ago in the atmosphere, hydrosphere, and the Earth's climate in general. 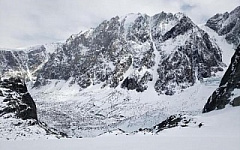