Paleontologists of Tomsk State University began implementation of a unique project, which now could overturn the traditional concept of the existence of dinosaur fauna in Siberia. The main sites of the ancient dinosaurs are concentrated in China and Mongolia, and until recently, the search for them in the north of Asia was considered unpromising. The excavations of TSU paleontologists, launched in 1995 in the Kemerovo Region, have contradicted this belief. In Shestakovo village, scientists have discovered a rich fauna of continental vertebrates of the Early Cretaceous (about 100 million years ago), consisting of fish, amphibians, mammals, birds and reptiles, including the largest group - the dinosaurs.

In particular, scientists have found fossilized dinosaur bones of the titanosaur, one of the largest dinosaurs that ever lived on Earth. TSU paleontologists believe that in Siberia there are still many areas where tens of millions of years ago Mesozoic vertebrates were buried, and are going to open this place.

- In the basin of the Chulym River we have opened a number of sites of dinosaur fauna, but getting there is very difficult - says Sergei Leshinsky, head of TSU's Laboratory of Mesozoic and Cenozoic Continental Ecosystems. - This expedition must be preceded by serious training, which requires not only technical equipment, but good physical condition of the participants.

The scientist notes that the areas in which the Siberian dinosaurs lived are basically refugiums, places where the species are preserved, while in other areas they are already extinct. It’s planned to study these areas in the research project, which will gather scientists from several countries.

Of no less interest to researchers are sites of the mammoth fauna. TSU paleontologists have been doing this for a quarter century. In August and September 2015, during an expedition to the Novosibirsk region, experts unearthed the remains of some of the youngest mammoths on the continent, and they lived, in all probability, in the southern refugiums of those that are well-known nowadays. Now paleontologists are solving the problem of dating the unique exhibits.

- In order to most accurately determine the age of our findings, we will use the method of direct radiocarbon dating in the complex of accelerator mass spectrometry (AMS), - says Sergey Leshinsky. - In Russia, it is only at the Centre of Cenozoic Geochronology, Institute of Archaeology and Ethnography SB RAS (Novosibirsk). For greater reliability, we plan to conduct cross-dating at one of the international scientific centers. Perhaps it will involve the experts one of the laboratories at the University of Oxford (England), Arizona (USA) or Kiel (Germany).

The international project, where at different stages can scientists of America, Germany, Britain, Poland and the Netherlands may connect, will be implemented under the Research Centre of Siberia Transsiberian Scientific Way, established at TSU in August 2015. 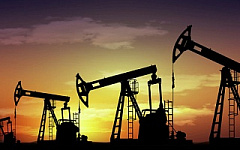