“The championship was held according to all the safety regulations with regard to the pandemic, with 13 universities participating. Our team was present in full force: eight male and eight female swimmers. Aside from individual winners, Bintang Vega Khoestiadi, Tatiana Kravchenko, and Yulia Zakharova contributed to the team’s achievements,” said Petr Timchenko, head coach of SKATE TSU finswimming and diving sports club. 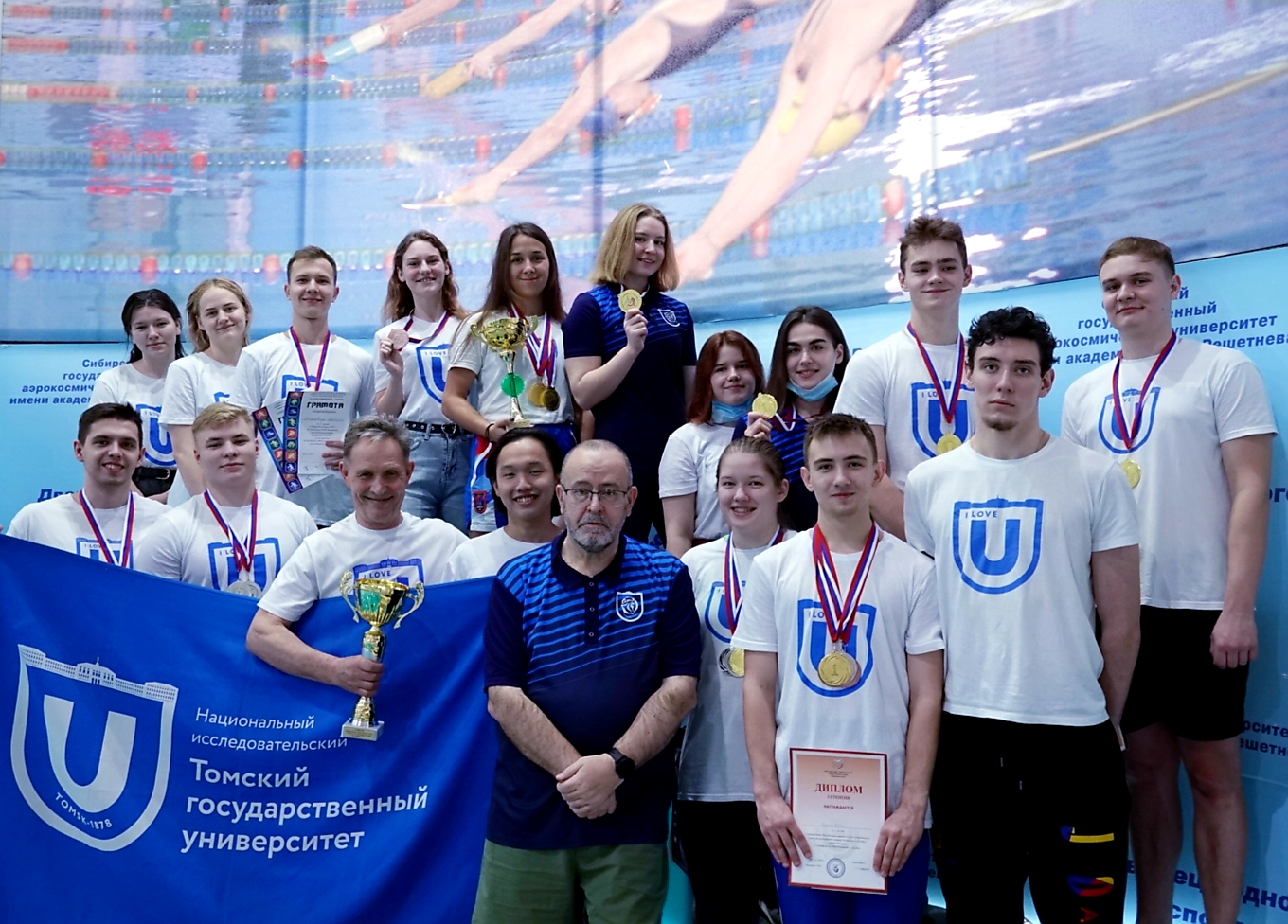 Bintang Vega Khoestiadi, a third-year student of the Institute of Economics and Management from Indonesia, started training in SKATE as soon as he enrolled at TSU in 2019. He started swimming when he was six, but took up finswimming at TSU. In three years of his university life, he participated in almost twenty competitions at different levels, including international.

“Bintang Vega Khoestiadi contributes a lot to the team’s success, he swims the longest distances. SKAT became a place for him to hone his swimming, but also a place where he found friends and can participate in the rhythm of university life,” notes Anna Shevchik, head of the International Student Support Center. 2021 was a special year to Tomsk finswimmers and their supporters. In the summer, Tomsk held the XXI Finswimming World Championships and VI International University Finswimming Competition, where the TSU team won first place. The victories in Krasnoyarsk crowned the end of the sports year for the TSU swimmers. Now the team has to prepare for the Finswimming University World Cup 2022 in Lignano, Italy.