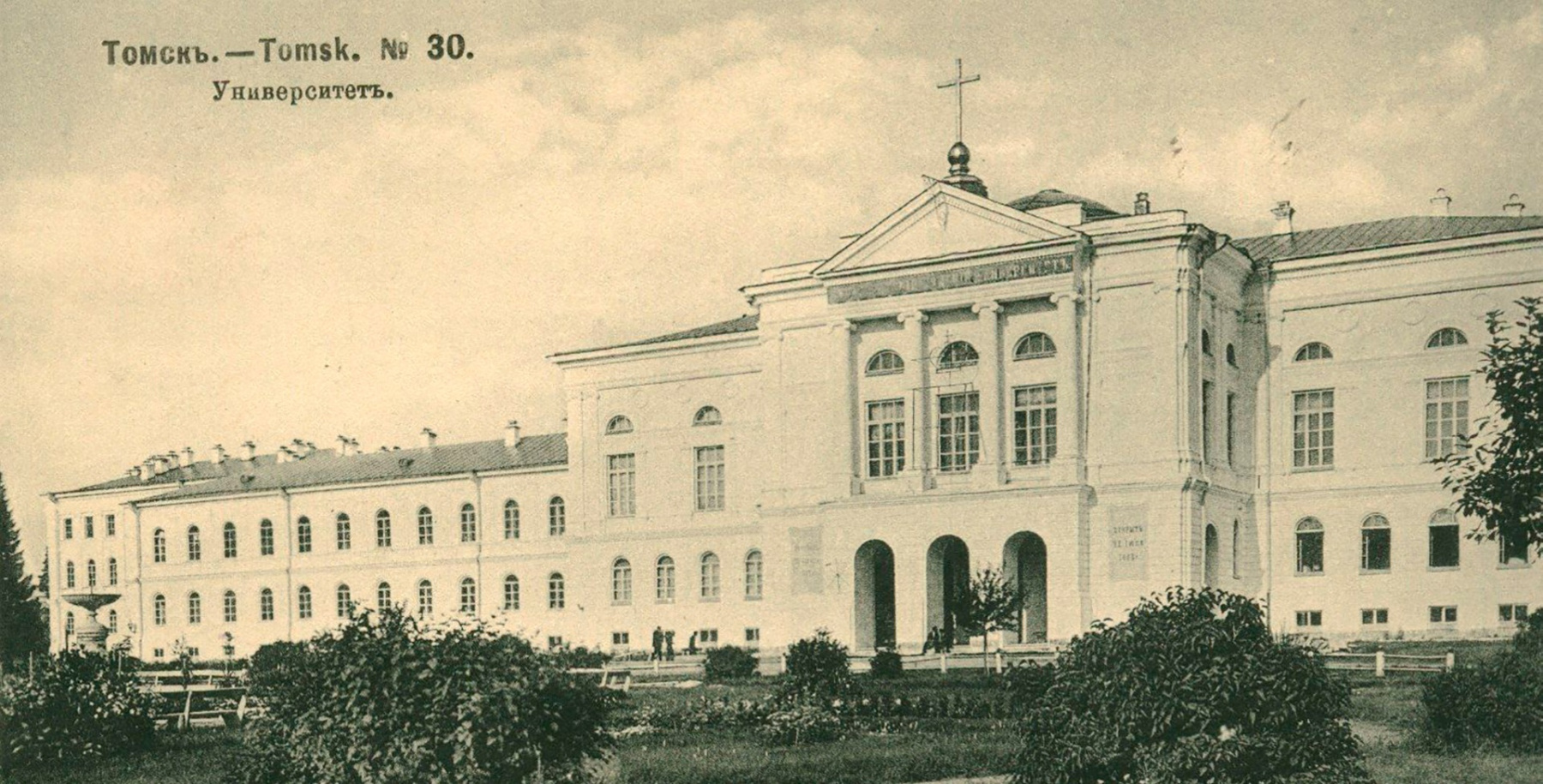 On May 28, 1878, Emperor Alexander II signed a decree on the establishment of the first and only higher education institution in the vast expanses from the Russian Urals to the Pacific Ocean – the Siberian Imperial University in Tomsk.

The idea of opening the first university in Siberia occurred to the best minds of Russia back in 1803, but only at the end of the 19th century did it begin to take shape.

On 28 (16) May, 1878, Emperor Alexander II approved the decision of the State Council of the Russian Empire on the establishment of the Imperial University in Tomsk, Siberia. This day ended the 75-year-old epic struggle for the foundation of a university in Tomsk and began the history of the building, opening and further development of Tomsk State University – the ninth in Russia and the first higher education institution in Siberia.

The first classes for the first 72 students began on September 1, 1888. Classes were given by eight professors, aided by seven assistants and laboratory technicians. Professor Nikolai Gezekhus was appointed the first rector of the University.

It is important to note that the main library, meeting rooms, museums, botanical garden with a greenhouse and herbarium had been formed at the time of construction of the university.

We would love to see our teachers and scientists inspired by love for the country, serving with equal fervor educational and research purposes, showing greater academic independence at their classes and creating their own schools. Only the combining of the educational and research activities in our university will bring it to the height of its calling, and in spite of the direct utilitarian purposes it will bring forth the fruits of higher education.

The university has been following these principles during all the stages of its development. Preparation of a research, educational and administrative elite based on the integration of the educational process and fundamental research has always been the strategic focus of Tomsk State University.

Today, the alumni and staff of Tomsk State University lead many universities, academic institutions, research and industrial organizations in Russia, and occupy important government posts.
The Imperial, now Tomsk State University, has had a decisive influence on the formation of science, education and culture in the Asian part of Russia and is considered one of the nation’s leading universities.

Over the years, the university has produced more than 120,000 professionals, and it is hard to find a university or institution in Siberia, which has not worked with the graduates of Tomsk State University: they lead institutes and departments, laboratories and innovative companies. They become successful and extraordinary business leaders and employers offering work to future graduates of Tomsk State University.

The University actively cooperates with companies in various industries, developing training and re-training focused on the specific customer. Nowadays more than 750 companies and organizations are partners of the university, including major companies such as Gazprom Space Systems, the Siberian Chemical Factory, Gazprombank, Sberbank and others. Work-oriented education, combined with thorough preparation enables the graduates of TSU to be easily integrated into the production process, quickly adapt and offer their own engineering solutions.

TSU is a territory of innovation

TSU is one of the first Russian higher education institutions that chose the path of innovative activity. Since opening its first innovation centre for Siberian higher education institutions in 1993 and participation in the establishment of the very first Technology Park, the university has continued its development in this direction. In 2010, TSU deservedly won “national research” status. Significant victories in Russian government competitions for the right to receive state funding for the development of innovation infrastructure, the implementation of three integrated projects to build high-technology production and to attract leading scientists to the university have only confirmed the high status of TSU as an innovation-active university. The best laboratories, equipped with the most modern equipment, world-renowned scientists who conduct research at the University and in cooperation with university teams, a belt of 30 small innovative enterprises. The launch of the first Russian import-substituting enterprise for the production of glyoxal was based on TSU scientists’ research in 2009.

TSU’s opportunities in scientific and educational spheres attract partners from all over the globe. The University is firmly integrated into the global educational environment through the implementation of joint training and research programmes with leading universities and research centres in the world, because of the implementation of projects in the most prestigious grants from the largest funds and participation in TEMPUS TACIS international programmes (17 projects), etc.

Tomsk State University is based on a solid foundation of mutual penetration of the scientific and educational process, created during the years of its operation. The unique advantage of the university is the harmonious development of the whole range of humanitarian, physical, mathematical and natural sciences, which allows for expanding interdisciplinary research and the seeking of synergies in solving the most complex of theoretical and applied problems of modern economic and public life.