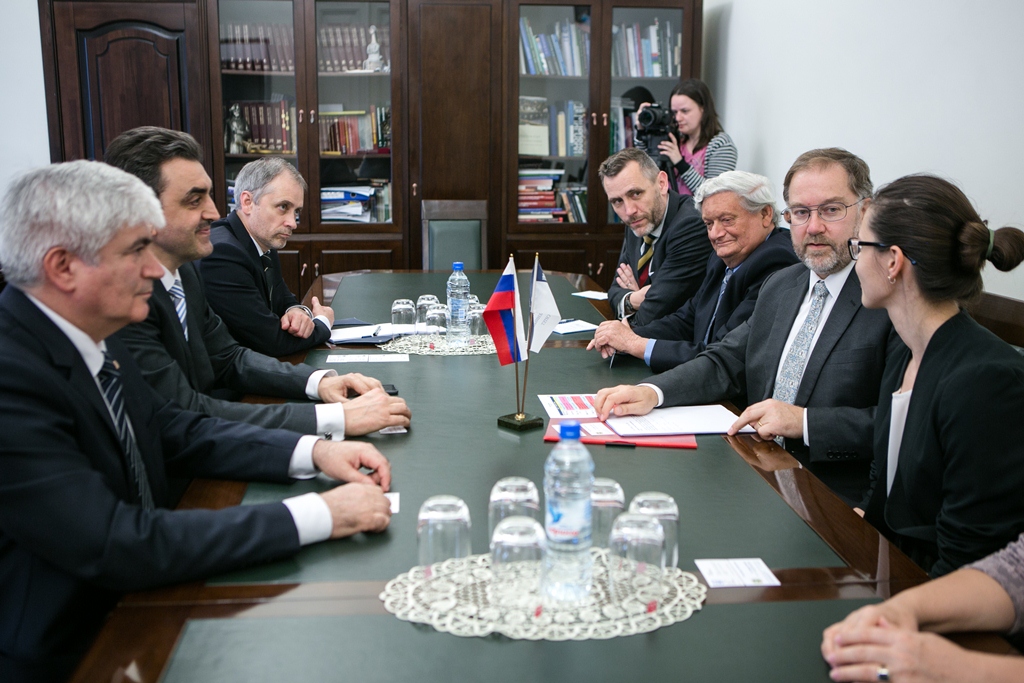 TSU’s international collaboration has moved to a new level. In the international education market, universities are active and open for new ideas and trends, and TSU is not an exception. Under its Roadmap, the University began to engage in a number of activities related to joint research and education programmes with international partners, programmes of international mobility for students and academic staff, exchange programmes, visiting professors, and others.

TSU’s international collaboration at a glance:

·        TSU has established long-term partnerships with more than 90 leading international universities and research centres from more than 50 countries. In 2015, due to much international activity the University recruited students from 37 countries and concluded collaboration agreements and MoUs with 22 universities throughout the world.

·        The University encourages exchange programmes, internships, guest lectures, joint research projects, and others. More than 200 students and 500 professors and university staff members have participated in these activities.

·        Over 1,000 undergraduate and postgraduate students from CIS and non-CIS countries study at TSU.

·        The University actively involves internationally renowned scholars in teaching and research, and in establishing new laboratories and work at University Centres of Excellence. Full information about international academic staff is here.

·        Large-scale joint projects are being carried out, including TEMPUS TACIS (17 projects), INTAS (17 projects), Oxford Russia Fund, and others.
Since 2013, TSU has coordinated the TEMPUS project, bringing together 10 national and international universities.

·        Since 2006 Tomsk State University has been a full member of the European University Association (EUA).

·        In the past year the University has launched new 13 Bachelor’s and Master’s programmes in English.

·        TSU is focused on developing a multicultural university environment. It supports English and German speaking clubs and is establishing an Arabic language club. In 2016 it is establishing a Japanese language club. Students and academic staff of all levels may improve both their general and academic language skills. The University continues to enhance its collaboration with the Goethe Institute and the Confucius Institute, and supports the German Reading Room and English and American Literature Reading Room, the European Union Centre in Siberia, and Centre for European Documentation.

·          In recent years TSU has been visited by dozens of delegations from international universities, embassies, international funds, and research organizations to discuss new projects and common grounds for collaboration. TSU received representatives from the United States, Germany, South Korea, France, Poland, Finland, India, Japan, the Netherlands, Indonesia, Mexico, Belgium, and the European Union. You can see some photos  here.

·        The TSU High-Altitude Research Station Aktru has become an official observer in the EU Network Consortium SCANNET INTERACT coordinated by the Royal Swedish Academy of Sciences, and the Nobel Prize winner and TSU Honorary Doctor Terry V. Callaghan. Aktru is the first high-altitude station to be included in INTERACT.

·       In 2015 the University won a grant from the European Universities Continuing Education Network. Under this grant the TSU Institute of Distance Education and partners in Europe will develop collaboration in a number of academic areas.